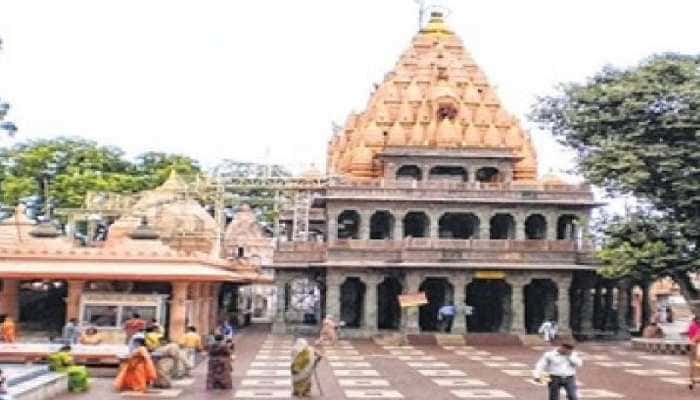 There was a new controversy in Ujjain’s Mahakal temple in which the employees of the temple are seen fighting among themselves.

The arrangements of Shri Mahakaleshwar temple are governed only under the act made by the government for the temple.

The special thing is that despite being under the temple committee, some employees are trying to disregard the order of the administrator and tell themselves to be powerful.

The employees have been posted at the Kothi under the office of the Collector who is also the Chairman of the Temple Committee.

Collector Ashish Singh has now taken cognizance of the entire matter regarding the dispute and has constituted a committee under the direction of the SDM and directed the investigation and said that legal action will be taken against whoever is guilty.

At the same time, District Collector Ashish Singh said that this whole matter has come to my notice. I have constituted an investigation team under the direction of SDM, action will be taken against whoever is found guilty, at present the matter is under investigation.

Power to Administrator in Temple Act

It is clear in section 18(1) of the temple act prescribed by the government for Shri Mahakaleshwar temple that all priests, pandas, servants, and employees who are associated with the temple or who get any achievements or emoluments from the temple, are under the control of the Administrator.

Accused statement about the incident

He said that when the complainants Anita Sharma, Manisha Chavre, Jyoti Chauhan, and Rajendra Kaushal accused Abhishek Bhargava and Rajni Khair officer of the temple of harassing them in the name of senior officers, we talked to them, in which Abhishek Bhargava and Rajni Khair Said that we have not received any kind of letter from the temple committee.

So This is the whole story of the New controversy in Ujjain Mahakal temple where many employees are fighting.

Recently some days ago, there was a controversy in Ujjain’s Mahakal temple regarding Ranbir-Alia’s film Brahmastra. But Now a new dispute has emerged from the temple.