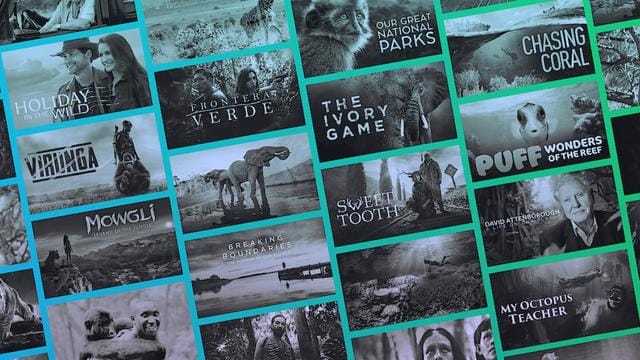 On November 22, 2022, Our Universe, narrated by Morgan Freeman, will kick off Netflix’s expanded lineup of nature documentary series. Five more new docuseries are set to be released by the streaming service in the coming years, including 2023’s Our Planet II, narrated by David Attenborough.

“Nature documentaries can assist us in exploring, discovering, and appreciating the wonder and complexities of our surroundings.” The stories are endless, spanning the history of the Earth from its earliest origins to the environments we live in today and the planet we are building for the future.

“With breathtaking filmmaking and cutting-edge technology, these cinematic documentaries bring even the most exotic or microscopic creatures of the natural world to our fingertips,” said Adam Del Deo, VP of Documentary Series.

This unprecedented six-part series, narrated by Academy Award winner Morgan Freeman and produced by BBC Studios, is an epic tale 13.8 billion years in the making. It takes viewers on a fascinating adventure to explore the connections that drive our natural world, blending stunning wildlife footage with eye-popping cosmic special effects.

Our Universe uses groundbreaking animation to dramatize the spectacular celestial forces that generated our solar system, while the modern camera and CGI technology brings the audience up close and personal with some of the most iconic, charismatic animals on Earth, from the birth of the Sun to the birth of a sea turtle.

Our Planet II comes from the Emmy Award-winning team behind Planet Earth and Our Planet. At any given time on Earth, billions of animals are on the move. Our Planet II, captured with spectacular and innovative cinematography, unravels the mysteries of how and why animals migrate to reveal some of nature’s most dramatic and compelling stories.

This is the epic struggle of life to conquer and survive on Earth. Our planet now has 20 million species, but what we see is only a snapshot in time — 99% of the planet’s inhabitants are lost to our distant past. What happened to these dynasties — their rise and fall — is truly remarkable.

Life On Our Planet, a collaboration with Industrial Light & Magic, reveals the incredible story of life on our planet by using cutting-edge technology and science to bring long-extinct creatures back to life.

Although the oceans are the beating heart of our planet, much remains unknown, unexplored, and undiscovered. Our Oceans explores the magical world of wonders that lies beneath the waves, from the tropical warm waters of the Indian Ocean to the fiery depths of the Atlantic, from the unpredictable waters of the Pacific that are surrounded by a ring of fire, to the freezing isolation of the Southern and Arctic Oceans.

The Earth is alive all over its thin green-blue veneer. Our Living World is the definitive celebration of our living planet, revealing the astonishing web of connections that unites us all and sustains our universe’s most magical phenomenon — life. It is based on astonishing scientific discoveries and features stunning footage of the planet’s incredible natural networks.

Our Water World, from the executive producer of Blue Planet II, explores the incredible freshwater systems that help our planet thrive and without which life would not exist. This is the mysterious, surprising, and captivating story of our planet’s extraordinary freshwater worlds, from its icy realms to its rushing rivers and epic waterfalls to magical cloud forests.

Cormac Roth, the Musician Son of Actor Tim Roth, Died at the Age of 25 From a Rare Cancer