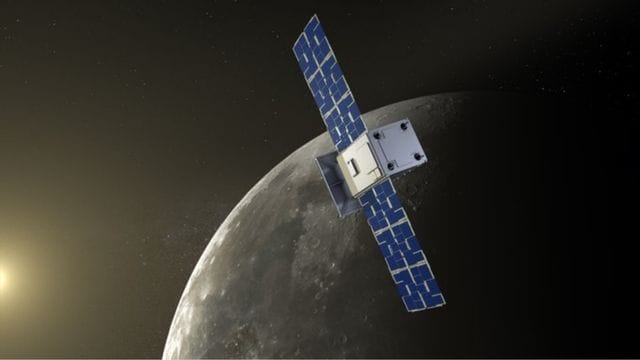 After a four-month voyage through space, NASA’s CAPSTONE spacecraft arrived at its orbit above the Moon Sunday evening, the agency announced. Gateway, the Moon-orbiting space station that will assist the forthcoming Artemis missions, will employ the same orbit that the spacecraft is currently in, known as the near-rectilinear halo orbit (NRHO).

Launched on an Electron rocket on June 28, 2022, from Rocket Lab’s Launch Complex 1 in New Zealand was CAPSTONE, which stands for the Cislunar Autonomous Positioning System Technology Operations and Navigation Experiment.

The cruise CAPSTONE was not without incident. Because of a glitch during commissioning, the spacecraft lost contact with Earth shortly after deployment, but contact was restored about a day later.

In September, the spacecraft entered safe mode during a trajectory correction maneuver, which engineers later traced to a valve problem with one of its thrusters. A month later, controllers returned CAPSTONE to normal operations.

Teams from both Advanced Space and Terran Orbital work together to carry out the mission, which is technically owned by NASA but operated by Advanced Space.

NASA and Advanced Space report that in the following five days, CAPSTONE will carry out two additional orbit-tweaking excursions. Once these corrections have been made, the team will examine the collected data to ensure the spacecraft is still headed in the right direction toward the NRHO.

The NRHO is the orbit that NASA intends to use for the Lunar Gateway, and CAPSTONE’s purpose is to ensure that it is stable. Through a connection to NASA’s Lunar Reconnaissance Orbiter, the spacecraft run by Colorado-based Advanced Space will also test autonomous positioning technology.

The CAPSTONE spacecraft is the first to fly in the NRHO, an elliptical orbit over the moon’s poles with altitudes ranging from 3,500 to 71,000 kilometers. It is also the first CubeSat to enter any lunar orbit.

Advanced Space is currently developing a second cislunar smallsat mission. The Air Force Research Lab awarded the company a $72 million contract to build Oracle, a mission to test space situational awareness technologies beyond Earth orbit all the way to the moon, on Nov. 10. Oracle will launch in late 2025 for a two-year mission.