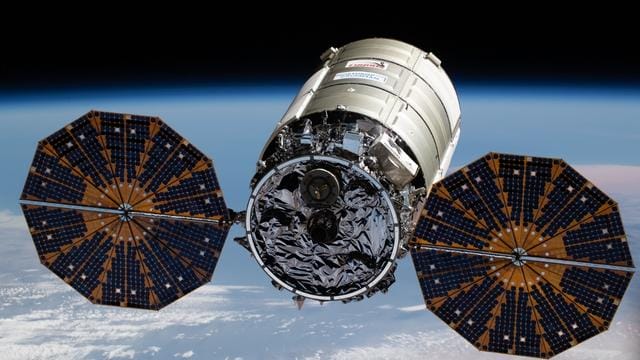 NASA is currently assessing the condition of a Cygnus spacecraft that has only managed to deploy one of its two solar arrays as it heads to the International Space Station (ISS) on a supply mission, a rare occurrence for what is normally such a reliable vehicle.

Northrop Grumman, the spacecraft’s manufacturer, believes it is safe for the Cygnus to dock with the ISS, but NASA has decided to investigate the situation further before making a final decision on whether to perform the maneuver early on Wednesday, as planned.

The Cygnus NG-18 spacecraft launched aboard an Antares rocket from NASA’s Wallops Flight Facility in Virginia early Monday morning, after a launch delay due to a fire alarm at the control center.

The Cygnus should have deployed its two circular solar arrays, which help power the vehicle, around three hours after leaving the launchpad, as is typical for this workhorse spacecraft. But something went wrong this time.

It is currently unknown why the second solar array did not deploy as expected. Engineers on the ground are attempting to determine whether the deployment can still be carried out safely; if it cannot, Northrop Grumman believes docking the spacecraft with the ISS will be possible.

NASA, on the other hand, is concerned that the spacecraft’s condition will cause a problem during docking, potentially causing further problems for the Cygnus or even the space station itself.

“Northrop Grumman’s Cygnus cargo spacecraft successfully deployed one of its two solar arrays after launching earlier today, November 7,” NASA said in a message posted on its website on Monday.

“Northrop Grumman is gathering data on the second array deployment and is working closely with NASA,” it continued. Northrop Grumman informed NASA that Cygnus has enough power to rendezvous with the ISS on Wednesday, November 9, to complete its primary mission, and NASA is evaluating this as well as the configuration required for capture and berthing.”

Since the first mission to the ISS in 2013, Cygnus has completed 17 successful missions. It has only failed to reach the orbital outpost once, due to a catastrophic rocket failure shortly after launch in 2013.

The Cygnus NG-18 spacecraft, named Sally Ride after the American spaceflight pioneer, is carrying more than 8,000 pounds of supplies for the crew, as well as the usual haul of scientific experiments for use in the station’s microgravity conditions. With so much on board, you can be sure NASA and Northrop Grumman are working tirelessly to ensure the docking goes smoothly.