Namita Thapar of Shark Tank India Says She Has “No Regrets” After Being Chastised for “Mocking” !!”Samajhdar Ko Ishara Kaafi,” She Wrote in a Tweet on Tuesday 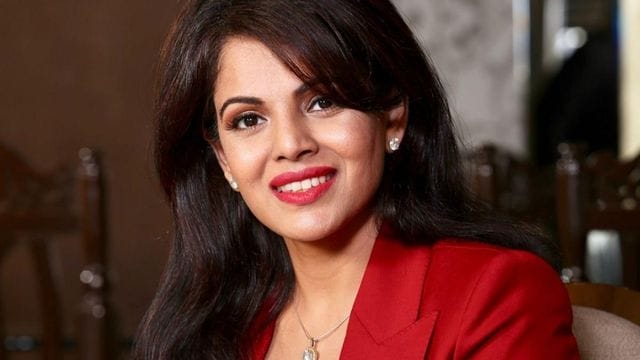 After being called out on the first episode of Shark Tank India Season 2 for “making faces” and not being completely polite to entrepreneurs Dheeraj Bansal and Rahul Sachdeva, “shark” Namita Thapar has responded to the criticism.

Being a shark doesn’t mean we are not entitled to our independent values & speaking candidly so if I don’t invest in a fellow sharks competition, that’s me, no regrets & if I call out toxicity & don’t join the ignorant that celebrate people w lack of integrity.. that’s me 🙂

Who is the comment about being toxic about? Samajhdar ko ishara kaafi,” she wrote in a tweet on Tuesday.

Being a shark doesn’t mean we are not entitled to our independent values & speaking candidly so if I don’t invest in a fellow sharks competition, that’s me, no regrets & if I call out toxicity & don’t join the ignorant that celebrate people w lack of integrity.. that’s me 🙂

People on Twitter were quick to answer Namita’s post. One person wrote,  “Not investing in a start-up (even if it’s making profits better than your frnd’s company) is not a fair play. It’s like you are not willing to support the upcoming startups just because of some vested interest.”

Another person said, “You guys had a lot of bad reasons not to invest in that brand. Piyush was the only one who made sense there.” “Shark Tank without Ashneer Grover is such garbage, you guys are too nice.” A third person said, “I’m glad that the audience’s opinion at least got to you all. You don’t care, but that’s a whole different point of view as if we care!”

Even though the sharks liked what Dheeraj and Rahul said about their business plan, they did not offer to invest any money in their company. Aman Gupta and Namita Thapar didn’t want to invest because their friend Vineeta Singh, who is also a co-shark, works in the cosmetics business.

Vineeta didn’t agree with the Recode owners because she works in the same industry (Vineeta is the founder of SUGAR cosmetics). Anupam Mittal and Peyush Bansal, on the other hand, didn’t invest because they didn’t like the way the product was branded.

People on social media were very angry about this. People who watched thought the sharks weren’t being fair. Some people didn’t like how Thapar and Aman acted while the Recode owners made their pitch. Some people thought Thapar and Aman were “making faces” and “mocking” the pitchers for not being able to speak English well.