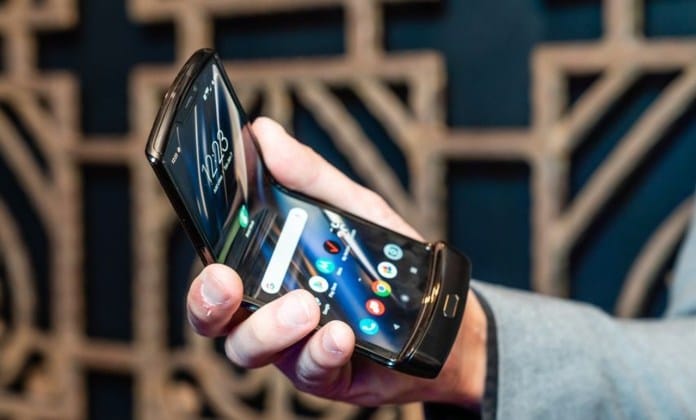 There was a time when Motorola phones were hot. The company used to bring phones of different designs. But after some time Samsung and other companies came and Motorola phones disappeared. But a Motorola phone is coming, which will bring back nostalgia.

Motorola phone is coming to bring back old memories

Also read: Motorola is going to launch the cheapest phone, in the design, people said – I love you

It looked like the XT2251-1 device could be the Moto Razr 2022, which is set to launch in China on August 2 alongside the Moto X30 Pro. The XT2251-1 has now appeared in the database of the TENAA certification site, revealing all its key specifications.

The TENAA listing of the Moto Razr 2022 reveals that it features a 6.7-inch foldable AMOLED display that offers Full HD+ resolution and 20:9 aspect ratio. Reports around the Reson 2022 claim that it will support 120Hz refresh rate and sport a punch-hole design.

The camera configuration is specified incorrectly in the listing. Earlier reports indicated that the device would feature a 32MP selfie camera and the rear panel would house a 50MP main snapper and a 13MP ultra-wide camera. The TENAA listing reveals that there will be a secondary 2.65-inch OLED display with a dual-camera setup that offers a resolution of 800 x 573 pixels.

The device will come preloaded with Android 12 OS and MyUI. It is expected to have a side-facing fingerprint scanner. When unfolded, the device measures 166.99 × 79.79 × 7.62 mm. It weighs around 200 grams and is expected to come in multiple colors like black, white, blue, blue, green, gold, red, silver and grey.