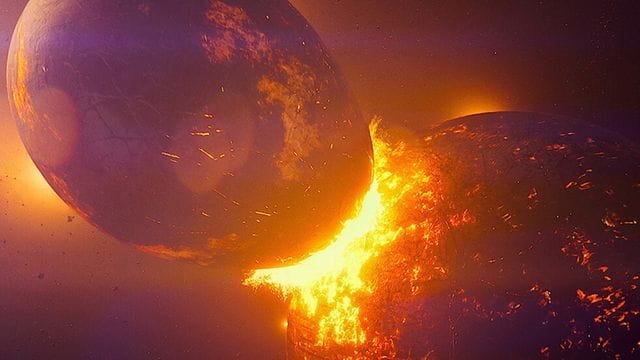 Over the past few years, Netflix’s nature documentaries have been narrated by some pretty well-known people. From the soothing voices of famous people like Richard Attenborough (Our Planet) and Barack Obama (Our Great National Parks), the streamer has always gone the extra mile for their viewers.

In a trailer for the upcoming Netflix show Our Universe, Morgan Freeman, who has the best voice of all, tells the story of how our planet came to be and how the animals that live on it have shaped its past, present, and future.

In the new trailer, we get a taste of the docuseries that will be on Netflix later this month. Freeman’s voice gives us information while amazing shots of wildlife are shown. By land, sea, sky, and space, the teaser clips show a visually stunning production that will take audiences on a journey to learn how, after 13.8 billion years, we have “reached this one precious moment in time and space.”

In addition to the close-ups of reptiles, birds, mammals, and plants, the deep dives into the solar system are very colourful and interesting. One thing is certain: if you liked Planet Earth and can’t get enough of similar shows, Our Universe will be your next favorite binge-able show. Mike Davis is the showrunner for the six-episode production, and Andrew Cohen is in charge of making the show.

If you can’t get enough of nature-based shows, Netflix has you covered. Our Universe is just the first of a long list of Earth-based shows that will be coming to the streaming service over the next two years.

After Our Universe comes out, Freeman will be back at it in 2023 with Life on Our Planet, which will take viewers back in time and show them Earth and its ecosystems as they used to be.

Industrial Light & Magic, the famous visual effects company started by George Lucas and involved in everything from the Star Wars movies to the Jurassic Park movies, will back that project.

About Our Universe, you can get a sense of what it’s about by watching the colorful trailer below and then watching it on Netflix on November 22.

A New Study Suggests That Psychobiotic Foods Can Reduce Stress and Improve Sleep.