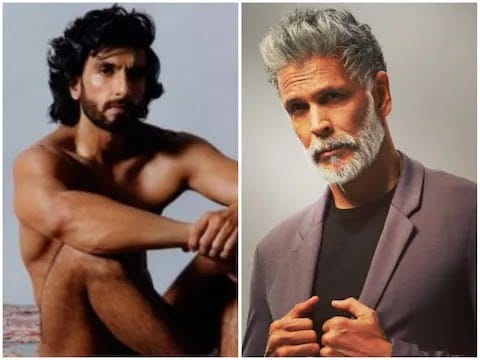 Ranveer Singh is making headlines everywhere these days due to his films. She recently did a nude photoshoot, which created a lot of buzz. There is a constant debate on social media about her photo shoot. Also, a case has been filed over her nude photo shoot. However, despite all this.

Milind Soman came out in support of Ranbir Singh, tweeted and said – ‘Who will you listen to?

Milind Soman shares his reaction on Ranveer Singh’s photo shoot. Through this post, he encouraged Ranveer amid trolling and shared his feelings.

Sharing a note on his social media handle, Milind wrote, “There are as many opinions as there are people in the world. Who will you listen to?” In another post, he wrote, “Things have changed a bit since Raja Ravi Varma’s time”. Although Milind did not name anyone in his tweet, there are speculations about his note that he wrote it to please Ranveer. 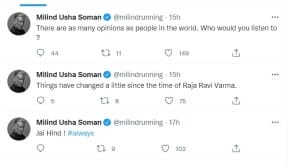 We tell you that Milind Soman has also done his nude photo shoot. In 1955, he did a photoshoot with his ex-girlfriend Madhu. During that photo shoot, Milind did a photo shoot with Madhu with a python around her neck. Both of them did a photoshoot for a shoe company, which got Milind into a lot of trouble in those days. As soon as Prabuddha Dasgupta’s picture came out in front of the world, there was a commotion all over the country. 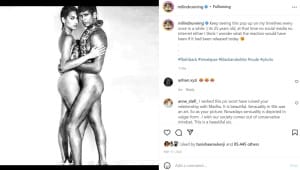 We remind you that in 2020 too, Milind did a nude photo shoot on the occasion of his 55th birthday, where he was seen walking naked on the beach in Goa. It is said that this picture of him was clicked by his wife Ankita Konya.