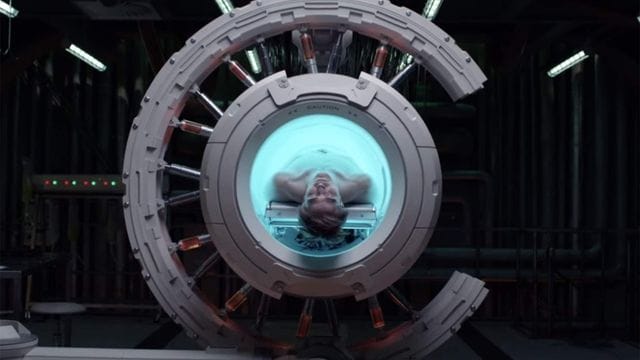 The director of Parasite has returned, and he now has a Batman. The sci-fi adaptation Mickey 17, starring Robert Pattinson, Steven Yeun, Naomi Ackie, Toni Collette, and Mark Ruffalo, has begun production under the direction of Oscar-winning filmmaker Bong Joon Ho. It’s set to be released on March 29, 2024, and a little teaser has been released to accompany the announcement.

What the heck is that, huh? Well, Mickey 17 is based on Edward Ashton’s book Mickey 7. In the book, Mickey is a clone who is put to work doing dangerous things. But if one dies, that’s okay. Just another Mickey, Mickey 1, 2, 3, you get the idea. In the book, Mickey 7 is thought to be dead, but he isn’t. He comes back and meets the next Mickey, which doesn’t turn out well.

It looks like there are a few more copies in this new version. No one knows for sure if that’s the official plot of this movie, but it’s likely to be something along those lines, given that the director, Bong Joon Ho, also wrote the script. He did this with his recent Oscar-winning film, Snowpiercer, as well as with The Host, Okja, and a lot of other movies.

Warner Bros. also said who will be working behind the scenes on the movie. Oscar-nominated directors of photography Darius Khondji (Okja) and Fiona Crombie (Cruella), Oscar-nominated editors Jinmo Yang (Parasite) and Catherine George (Snowpiercer), and Oscar-nominated visual effects supervisor Dan Glass are all on board (The Matrix). The music is being done by Jae-il Jung (Parasite).

Mickey 17 comes out in March 2024, which is already a busy month with the tentative releases of Disney’s Elio, Kung Fu Panda 4, A Quiet Place: Day One, Godzilla and Kong, Mufasa: The Lion King, and the live-action Snow White. It also comes out on the same day as Spider-Man: Beyond the Spider-Verse, the third and final Spider-Verse movie. Talk about tough competition a year or more in advance!

The movie is being made by Dooho Choi of Kate Street Picture Company, Plan B Entertainment, and Bong’s Offscreen, Inc.

Behind the camera, Darius Khondji is the director of photography, Fiona Crombie is the production designer, Jinmo Yang is the editor, Catherine George is the costume designer, and Dan Glass is the visual effects supervisor for “The Matrix” franchise. The music was written by Jae-il Jung, who also wrote the music for Parasite.