According to Nate Moore, a recently introduced character will rival the MCU’s most intelligent heroes.

While Marvel superheroes are brave, powerful, and capable of brutal action, some of them are also intelligent and knowledgeable. At one point, it was Tony Stark, the man who started it all by designing advanced exo-suits and naming himself Iron Man.

Then there was Bruce Banner, who rivaled Tony in terms of radiation research and experience. Aside from them, there were masters of wisdom like Captain America and Vision, while Doctor Strange became an expert, albeit arrogant, surgeon.

All of them, however, was mastered by a young Wakandan girl who, due to her command and expertise in Vibranium technology, could do things that Bruce Banner thought were impossible.

Shuri, Princess of Wakanda, was able to revitalize Vibranium technology and develop almost everything, including weapons, defense systems, and healthcare. The Princess was the only one who was able to separate Mind Stone from Vision. Most importantly, she was the inspiration for the Black Panther suit. And now she is expected to lead her country in the aftermath of her brother’s death.

But now Shuri has a rival: a recruit with extraordinary scientific abilities. Producer Nate Moore told Gizmodo that Riri Williams would compete with Shuri in intelligence and scientific expertise in Black Panther: Wakanda Forever.

“We like the idea of a woman who is potentially as intelligent as Shuri but has a completely different experience with that intelligence. And I believe that made her unmistakable as a part of the film’s fabric.”

Riri Williams is an American student who creates a suit based on Iron Man and takes on the mantle of Ironheart. The character is introduced in Black Panther: Wakanda Forever before continuing her story in Ironheart on Disney+.

The trailers for Wakanda Forever have prominently featured her and shown glimpses of her first suit. Having actress Dominique Thorne introduced before her own series will enhance her character arc as she experiences Wakanda for the first time. 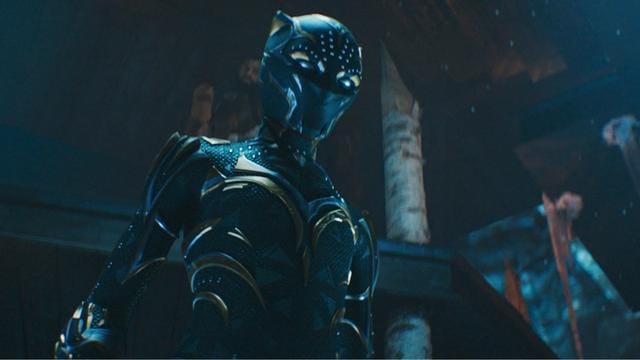 Riri Williams, as an American encountering Wakanda, will have a perception of the country as she processes the unique country, according to Nate Moore. He went on to say that her experience would be in stark contrast to Killmonger’s, who assumed Wakanda’s ignorance of the rest of the world. Moore, on the other hand, confirmed that both characters would be motivated by their loss. He stated:

“I think it was important to introduce her here for a couple of reasons: she’s a character who has experienced loss in her life, with her stepfather dying. We like the idea of her meeting Wakanda as an African American woman in America. She has a different point of view than Killmonger, but the idea of seeing something that had been lost is similar.”

Riri Williams’ perception of Wakanda and her experiences in the country are unlikely to be shocking. Wakanda was kept secret from the rest of the world during the time of Black Panther. However, following the events of the film, King T’Challa decided to share the resources with the rest of the world. So, Riri, a science enthusiast, is well-versed in the world’s most incredible repository of inventions.

Black Panther: Wakanda Forever will deal with the fallout from its most recent reveal, which will become even more dangerous after King T’Challa’s death. With their protector gone and Namor resurfacing from Talokan, Wakanda will be in complete disarray, with Riri struggling to find her place.