After Miley Cyrus's new single came out, Liam Hemsworth and his girlfriend Gabriella Brooks were seen for the first time at the Sydney airport. 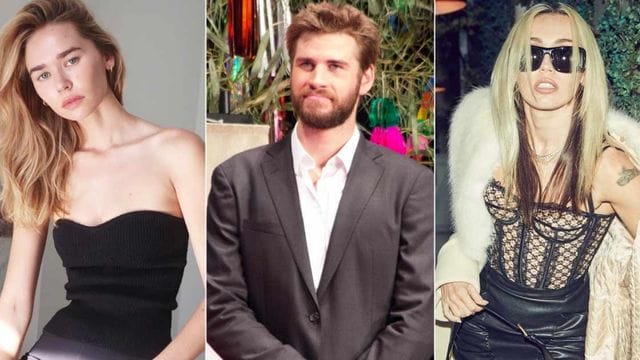 Miley Cyrus’s new song, “Flowers,” came out not too long ago. The lyrics to “self-love anthem” talked about her failed marriage, and the song was all about Miley becoming the new version of herself. Cyrus put up billboards in all the big cities to get people excited about her new single.

People thought that Miley Cyrus’s single was all about Liam Hemsworth because it talks about their marriage and is an anthem for self-love. Miley’s long-awaited single Flowers came out, and Liam Hemsworth was first seen at Sydney airport. He was seen going to the airport with Gabriella Brooks to catch a flight.

Page Six says that Liam Hemsworth and his girlfriend Gabriella Brooks saw for the first time after Miley Cyrus’s new single came out at the Sydney airport. He wore a grey T-shirt, green pants, and converse sneakers for a casual look. The actor from “The Hunger Games” wore sunglasses. Hemsworth and Brooks tried to stay out of sight as they moved through a Sydney, Australia airport.

For people who don’t know, Liam Hemsworth and Miley Cyrus got married in 2018 and broke up in 2020. Soon after Liam’s divorce from Cyrus was finalised, he began dating Brooks. Liam Hemsworth is an interesting reason for Miley to release her single. Gabriella Brooks also sent a sweet birthday message to her boyfriend Liam last week. “It’s Liam day,” the model wrote under the photo.

After meeting on the set of “The Last Song” in 2009, Wrecking Ball singer Miley Cyrus and Hemsworth started dating. Cyrus later said that Liam was the one who made her lose her virginity when she was 16 years old. In 2018, the couple secretly got married, but less than a year later, Miley told the world that the couple is breaking up. A few days later, they filed for a divorce, and in 2020, they were no longer together.

Miley Cyrus’s new song is all about loving herself and being the best version of herself. If you haven’t seen it yet, you can check it out here:

Drew Taggart of the Chainsmokers is Dating Selena Gomez. On a Bowling Date, Two…