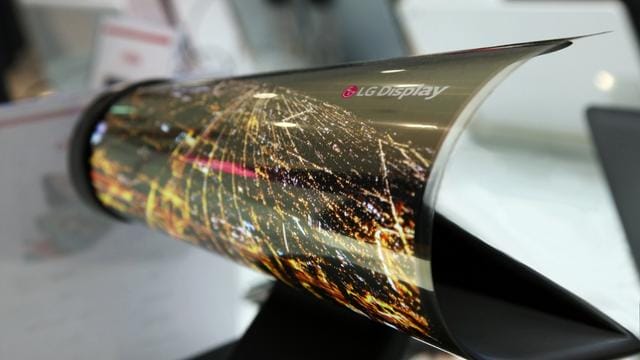 LG Display has announced a new form of flexible display technology based on the same material used to make contact lenses.

According to LG Display, the new technology would theoretically allow companies to install displays on practically any surface, with applications in fashion, mobility, and gaming.

LG Display, LG’s display manufacturing arm, believes it will be able to bring this revolutionary flexible technology to market by 2024. It currently has a 100ppi screen that starts at 12 inches and stretches to roughly 14 inches, but we may expect sizes to grow as development develops.

Screen technology is continually advancing, with rival companies competing to create the newest and greatest panels. In the world of screens, whether we’re looking for deeper, darker blacks, larger resolutions, or faster frame rates, there’s always something better to strive for. While aiming for the incremental stars is fun, the odder displays are even more entertaining.

Some odd screens, such as Finalmouse’s new keyboard screen (which opens in a new tab), appear a little impractical but are undeniably entertaining. Others, such as Corsair’s planned bendy screen (opens in a new tab), make perfect sense. The ability to switch from flat screen work to curved screen immersive gaming on the fly is a fantastic idea that may be worth the price.

Thankfully, screens are set to become even more bizarre with LG’s new stretchy display (opens in new tab). If you thought Corsair’s bend was a touch lackluster, get ready to see some true flexible freedom. These screens are not limited to bending within a frame; they can also be twisted, warped, and even folded without being damaged.

Because it is made of the same material as soft contact lenses, it can be rolled and twisted, making it ideal for usage in situations where other foldable display technology may be problematic. It’s made up of micro-LEDs that are 40 micrometers or smaller on the inside, which will likely change over time to allow for higher pixel density.

We’ll have to wait and see where this technology leads. It could certainly be used to place advertisements where they would not normally fit, but more fascinating applications include putting them on the sides of cars, for example.

If the materials used today are deemed superior, we may see the same technology employed in foldable phones and tablets. However, we’ll most likely need to raise the pixel density for that.

In a 24-hour Period, Five Dengue Patients Died in Bangladesh