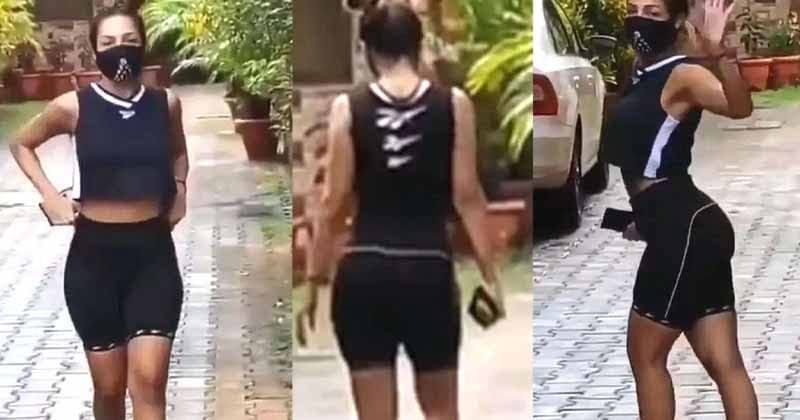 Malaika Arora is one of the cutest actresses in the Bollywood industry. The diva is known for her killer fashion sense and fitness. That’s why the 47-year-old model is called the Yummy Mommy of Tinsel Town. She grabs everyone’s attention through her Instagram posts, gym sessions or outings with boyfriend Arjun Kapoor.

However, recently when she went to a yoga class in Mumbai, she did a ‘strange’ walk which caught everyone’s attention. Wearing black half tights, black crop top, slippers and top knot bun, Malaika was handcuffed when she got out of the car and entered. However, netizens scolded her for the way she was walking inside the building premises in the video.

The video has been shared not only by many photographers but also by some of its fan pages and the comment section is full of comments trolling it.

People compared his walk to a ‘duck’, while many asked why he was walking. There were others who jokingly said that ironically he is the judge of ‘India’s Next Supermodel’.

There have been many comments on the post. One user wrote, “What is the style of walking brother,” while another user wrote, “Why is she walking so strange?” One user commented, ‘Why is this happening? However, she is a judge on the show “India’s Next Supermodel” and another asked, “What’s wrong with her joints?”

On the professional front, she is currently seen judging the MTV show Supermodel of the Year Season 2 along with Milind Soman and Anusha Dandekar. She was also seen in reality shows like Star Wars Food, India’s Best Dancer and had a special appearance on the Netflix show, The Fabulous Lives of Bollywood Wives.