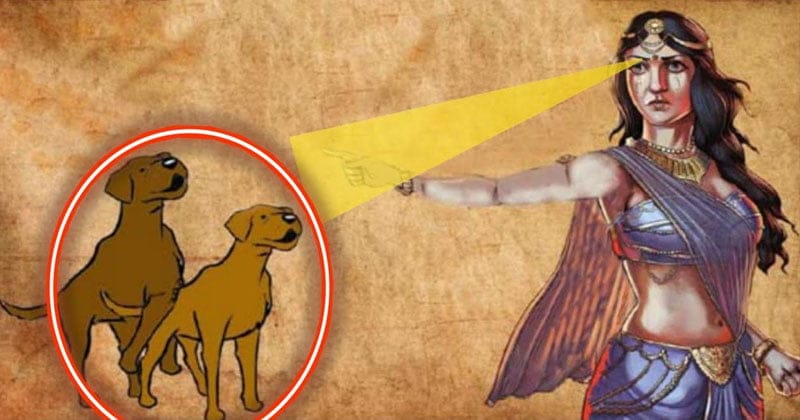 Draupadi is one of the most famous characters of Mahabharata. According to this epic, Draupadi is the daughter of King Drupada of Panchal country who later became the wife of five Pandavas. Draupadi is one of the Pancha Kanyas, who are called Chira-Kumari. These are Krishna, Yagyaseni, Mahabharata. Sairangari, Panchali, Agnisoot etc. are famous among other names. Draupadi was married to five Pandava brothers. From the Pandavas (Prativindya, Sutasom, Shrutakirti, Shatanik and Shrutakarma respectively) were born to him five sons, who were known as the Upa-Pandavas.

In the Mahabharata period, this story has been shown that dogs cohabited with each other due to the curse of Draupadi. This folktale is very popular, but it is not found in any scripture. It is said that when Arjuna got married and brought Draupadi home, Mother Kunti inadvertently ordered each brother to use it properly without seeing him as he was busy with some work.

To honor the promise of Mother Kunti, each brother married Draupadi. It was also decided among the Pandavas that Draupadi would spend her time with only one Pandava every year and when Draupadi was spending time with one Pandava in a room, no one else was allowed to enter her room.

Draupadi was embarrassed to see Bhima in her room and became very angry. To this Bhima said that no slippers were kept at the door. Then both the brothers came out of the room and started looking for slippers.

While searching they reached the nearby forest, where they saw a dog playing with Arjun’s slippers. Draupadi was feeling very embarrassed by this, so she got angry and cursed the dog so much that the whole world can see you cooing in the same way as anyone has seen me having sex today, because it is believed that Dogs mate. Don’t worry about shame.