Although drones are not a new thing for India, but it is being discussed a lot in India for the last 2 days. Prime Minister Narendra Modi spoke about the importance of the Drone Festival, which will be held from May 27 to 29. After his statement, where the opposition is pulling him up for this, on the other hand common people are trying to know a lot about drones. In this news, we will tell you all the information related to the drone policy in detail.

Drone policy has changed recently
You must have seen video recording from drones on many occasions, from wedding parties to other occasions. Or you may have heard of drone delivery. Apart from this, it is also used for police patrolling, but it is not so easy for the general public to use it for security reasons. There are some rules for this, due to which the police was taking continuous action. However, over time, in view of the demands of the people, the government has made many changes in its drone policy. 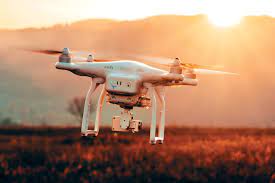 this drone can fly
Currently only 5 types of drones are found in India. The first of these is the Nano Drone, which weighs less than 250 grams. The second is the micro drone, which weighs less than 2 kg and weighs more than 250 grams. Its third category is small drones, whose range ranges from 2 kg to 25 kg. After this, the middle drone comes at number four, which ranges from 25 kg to 150 kg. The largest drone is the fifth largest, weighing over 150 kg.

Who needs permission?
The Government of India has created a website to prepare all the information related to drones for the public. You will get the answer of every question related to this by visiting the website https://digitalsky.dgca.gov.in/home. On this website you will find array space map. Green, yellow and red zones will be mentioned in the map. You will also have information about where you can fly a drone and where it cannot. It should be stated which areas require permission and which do not. According to the information given on the website, the drone will not need much permission to fly in the green zone. Apart from this, those who want to fly nano drones will not need UIN. A remote pilot license is not required for flying a micro drone, but you will need a license and a UIN for each drone above the micro. now you understand
Now this question must be arising in your mind that what is this Yun? Actually, the full form of UIN is Unique Identification Number. This unique number is assigned to each drone i.e. unmanned aircraft system. This is what is provided by the Department of Transportation to new vehicles. Let us also tell you that you will have to pay a small charge for the UIN number. For this, you can register by visiting the Digital Sky website and get the UIN number by paying a fee of Rs 100.

training for large drones
If you want to fly a big drone, you have to take training for it. The training will be available at the authorized DGCA centres. Rupee. An application fee of Rs 1000/- will have to be paid for the training. If we talk about merit, then it is mandatory to have 10th pass and above 18 years for this training.