Kinjal cannot become a mother, an accident will happen and the dream of becoming a mother will be shattered. 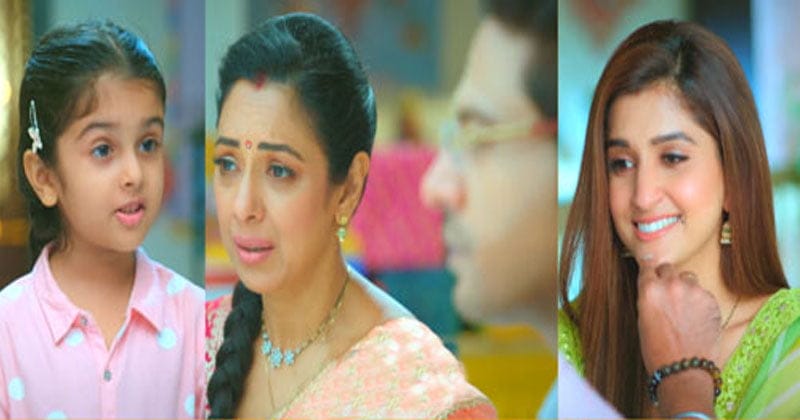 Every fan is waiting for the new episode of TV serial Anupama. Let us tell you that a big twist is going to come in tonight’s episode. Let us tell you that Jai Anuj and Anupama reach the orphanage on one side and they are very happy to meet Anu there. But on the other hand an accident is about to happen. It is known to all that Anupama’s wife Kinjal is pregnant in the serial. Now an accident is about to happen with Kinjal.

Now with this new twist, the problems of Anupama ie Rupali Ganguly are going to increase in the serial. It has to be seen whether Anupama and Anuj will adopt the daughter Anu found in the orphanage.

After reaching Mumbai, Anuj and Anupama reached an orphanage. Here he meets a little girl named Anu. This is the niece of Anu, a friend of Anuj. Hearing Anu’s words, Anupama and Anuj’s heart breaks suddenly.

At the same time, it can be guessed that Anuj and Anupama can soon adopt this girl. It remains to be seen whether her decision to adopt a child after marriage will be supported by her family. But Anupama’s wife Kinjal will have an accident.

Tonight it will be seen that Paritosh is very excited about his unborn child. Tae tells Kinjal that he wants a daughter like her and Anupama. Kinjal will be happy hearing this. Soon Kinjal will wake up with the teddy bear and her feet will slip. A glimpse of this was shown in the pre-episode of Anupama’s latest episode and it is being said that now along with the entry of Anupama’s in-laws, the serial will also focus on Kinjal.

Modern Dulhania is going to meet Popatlal, know who will marry