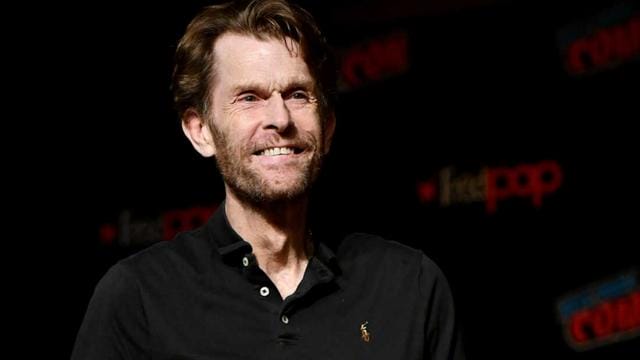 Kevin Conroy, the renowned voice actor whose grave delivery on Batman: The Animated Series was the iconic sound of the caped crusader for many Batman fans, has died at the age of 66.

Conroy died on Friday following a battle with cancer, according to series producer Warner Bros. Conroy provided the voice of Batman in the critically acclaimed animated series that aired from 1992 to 1996, frequently opposite Mark Hamill’s Joker.

He remained almost exclusively the animated voice of Batman for 15 films, 400 episodes of television, and two dozen video games, including the Batman: Arkham and Injustice franchises.

No one has played the Dark Knight more times in Batman’s eight-decade career. “He has been the ultimate Batman for multiple generations,” Hamill said in a statement. “It was one of those perfect instances where they got the exact right guy for the exact right part, and the world was a better place as a result.”

Warner Bros Animation said in a statement that Conroy’s performance “will forever stand among the best representations of the Dark Knight in any medium.”

Conroy took on the part with no prior experience in comics and as a newbie in voice acting. His Batman was dark, brooding, and husky. His Bruce Wayne was quick and nimble. He got the idea for the opposing voices from the 1930s film The Scarlet Pimpernel, about an English aristocracy who lives a double life.

“It’s so much fun to sink your teeth into as an actor,” Conroy told The New York Times in 2016. “To call it animation is an understatement. It’s more akin to mythology.”

Conroy’s performance varied over time, and it occasionally referenced his personal life. Conroy’s father was an alcoholic, and his family collapsed while he was in high school. He channeled those feelings into Mask of the Phantasm, a 1993 animated picture about Bruce Wayne’s unresolved conflicts with his parents.

Conroy is survived by his husband, Vaughn C. Williams, as well as his sister Trisha and brother Tom Conroy. Conroy wrote a comic about his unexpected path with the role as a homosexual guy in Hollywood in Finding Batman, which was released earlier this year.

“I’ve long wondered how suitable it was for me to land this position,” he wrote. “As a gay child growing up in a devoutly Catholic home in the 1950s and 1960s, I’d become excellent at concealing portions of myself.”

Conroy’s voice for Batman, he said, was one he didn’t recognize – a sound that “seemed to roar from 30 years of rage, misunderstanding, denial, love, and yearning.”

“I felt Batman rising from within,” he explained.