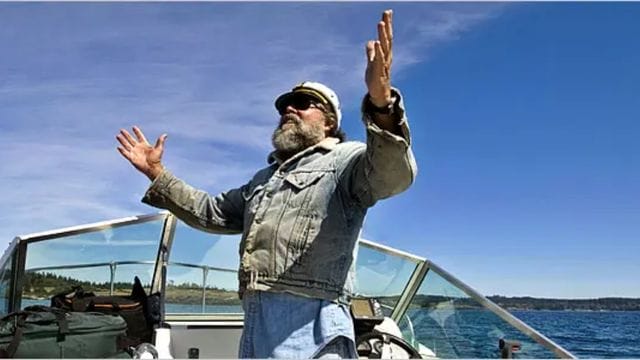 Ken Balcomb saw the orcas in the water near Sequim, just a few miles away. They were heading toward his white research boat, which had black letters that said “Killer Whale Study” on it.

It was morning on April 8, 1976. Balcomb had a one-year contract with the National Marine Fisheries Service to count killer whales in the Salish Sea. He took notes and used a film camera to remember this first meeting. Scientists didn’t know much about this species before that.

But because Balcomb started the Center for Whale Research, we know more about the southern residents than any other group of marine mammals in the world.

Balcomb died of prostate cancer on Thursday. He was 82 years old. He was a leader in the fight to save the southern people from extinction and a leader for their cause.

Most people will remember him for his work with southern residents, but he did a lot of other things in his career. He was an oceanographer for the U.S. Navy during the Vietnam War and tagged whales in the North Pacific Ocean for the U.S. Fish and Wildlife Service. He also wrote a lot of scientific papers with other people.

Balcomb has been watching the J, K, and L pods for more than 40 years. They are often seen in Puget Sound. His orca survey, which he started in 1976, is now the standard way to keep track of the southern residents.

This is because he took pictures and kept a record of each whale’s saddle patches, which are unique markings. Almost everyone who lived in the south had known him since he was a child.

Balcomb was very sad to see the orcas he had worked so hard to save slowly die off. He also never got to see some of the things he cared most about come true, like the return of Chinook salmon, which orcas eat.

On November 11, 1940, Balcomb was born. The way people thought about killer whales changed during his career. Coast Salish people have always thought very highly of orcas. But many people who didn’t grow up in the area were afraid of them.

As soon as they saw them, some fishermen shot them. People thought of them as pests that they should at best avoid and at the worst kill. In the 1960s and 1970s, they were caught for aquariums all over the world using helicopters, seal bombs, harpoon guns, and speed boats.

Elizabeth Dunne, who is in charge of legal advocacy at the Earth Law Center, said that Balcomb worked his whole life to change that way of thinking. She said that he really tried to show how people and animals are connected in a natural way through the way he treated animals.

Balcomb and other early researchers, like the Canadian scientist Michael Bigg, found out how few orcas there are, what kinds there are, and where they live.