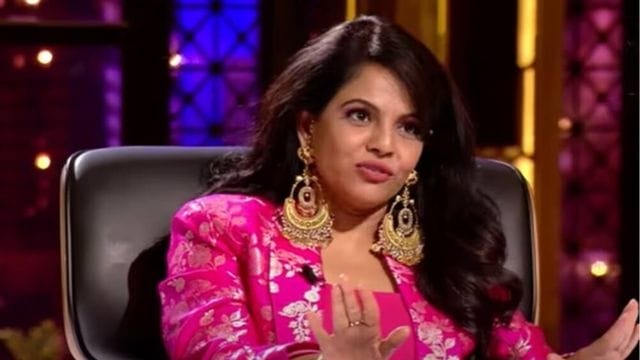 Namita Thapar, a judge on Season 2 of Shark Tank India, has claimed that her staff stole her phone and posted insults about her online. The phone, fortunately, was found again.

Namita Thapar then took to Twitter to apologise for the ‘offensive’ post she had made. Thapar said that the housekeeper was responsible for the online message.

“This is what hate does to this world, makes people toxic. An educated house help who was removed stole my phone & put a hateful post on me on social media. Price of being a public figure! Apologies!” Twitter post by Emcure Pharmaceutical’s executive director.

“Shitty mother, shittier wife” was added to Thapar’s Instagram bio not too long ago. Also, a post was shared that said, “This is the son of Namita. I just want everyone to know that the person you see on TV is not who you think she is. Stop following her right away. Will explain why when the time comes “.

Emcure Pharmaceuticals is run by Namita Thapar, who is the company’s executive director. It is thought that she is worth about 600 crore right now. Thapar talked about how she invests in startups in one of the interviews she did with Mint.

She told Mint that she invests using the “4F” (Founder, Foundation, Financials, and Fit) framework. “As long as a company fits into this framework, I will invest in it no matter what industry it is in. But I get especially excited when I see pitches from women entrepreneurs in the healthcare field “.

Thapar said that Rare Planet has been the best return on her investment from season 1. “When they pitched in season 1, they had four stores and were making 70 lakh a month. Since then, they’ve opened eight times as many stores (now 32) and made six times as much money (4 crore per month). This business shows that making a difference and making money can go hand in hand “Thapar added.