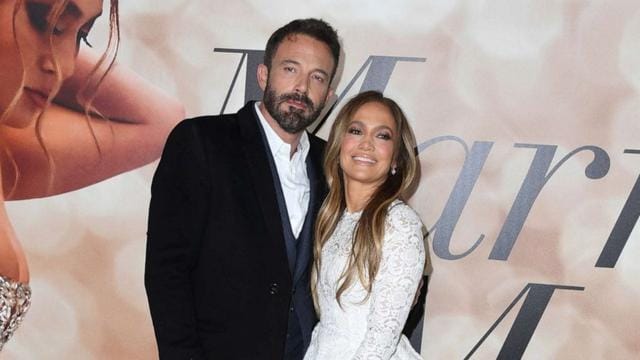 Jennifer Lopez reconnected with her ex-boyfriend Ben Affleck, and the two married in a surprise Las Vegas wedding on July 17, it was nothing short of a fairy tale for their fans.

Many people were upset when the singer took Affleck’s surname. Only a few days after their marriage, a daily published an opinion piece expressing their disappointment with Lopez’s choice of the actor’s surname in an era when feminism is gaining traction.

In a recent Vogue interview, the ‘Love Don’t Cost a Thing’ singer addressed the hatred and backlash she received from people all over the world for adopting her husband’s surname.

“What? “Really?” she inquires. “People will still call me Jennifer Lopez,” the 53-year-old actress said. JLo’s adoption of Affleck’s surname made headlines after she signed off her subscription-based ‘On the JLo’ newsletter as “Mrs. Affleck.”

JLo also revealed that she is Mrs. Affleck because the couple is “joined together.”

“However, because we’re married, my legal name will be Mrs. Affleck.” We’re a husband and wife-team. That makes me happy. “I don’t think that’ll be an issue,” she added.

When asked if she wants Affleck to play “Mr. Lopez,” the singer laughed and dismissed the question, saying “it wasn’t traditional.”

“No! It’s not the norm. It lacks any romantic elements. Do you know what I mean? It feels like a power move. “I feel very much in control of my own life and destiny as a woman and as a person,” Lopez said.

The ‘Ain’t Your Mama’ singer acknowledged the feelings of those involved, but stated that taking her husband’s surname feels traditional and romantic to her, and she is just ‘that kind of girl.’

“I understand that people have strong feelings about it, and that’s fine.” But if you’re wondering how I feel about it, I just think it’s romantic. It still has a sense of tradition and romance to me, and perhaps I’m just that type of girl.”

After Lopez called off her engagement to baseball player Alex Rodriguez in 2021, the couple rekindled their romance. It all started with an email from the actor-director, who had recently broken up with the actress Ane de Armas.

Affleck had contacted Lopez regarding an interview he had given in which he was asked to comment on the lady. The two continued to talk and eventually met.

“Obviously, we weren’t trying to go out in public,” Lopez explained, adding that she never hid the fact that there was genuine love there.

“But I never shied away from the fact that there was always a real love there, a true love there for me. People in my life understand that he was a very special person in my life. When we reconnected, those feelings for me remained strong “Lopez stated.