Janhvi Kapoor reeled in the dialogue of ‘Anupama’, the video went viral within a few minutes 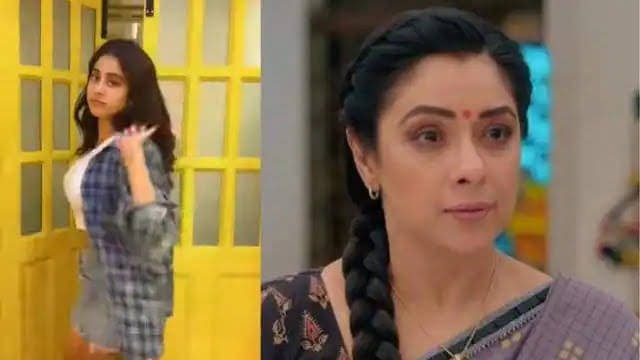 Bollywood actress Janhvi Kapoor’s dialogues with her friends and colleagues from the TV show ‘Anupma’ have gone viral. The show ‘Anupama’ is number one in the TRP chart and the dialogues of this show are quite popular. The constant ups and downs in the show keeps the audience hooked on it. Now Janhvi Kapoor has also released this dialogue.

Janhvi Kapoor reeled in the dialogue of ‘Anupama’, the video went viral within a few minutes

Anupama is the story of a housewife who travels from floor to floor looking after her family. A woman who took charge of her relationship and broke the shackles of society to create a distinct identity for herself. Janhvi Kapoor made a reel of Anupam’s dialogues which she spoke to Banraj Shah.

Along with smiley emoji, Alia Bhatt also created heart emoji and clapping emoji. With all this, Alia Bhatt wrote in the comment section – Amazing. That is, Alia Bhatt liked this reel made by Janhvi Kapoor.

Many fans responded in the comments section

People were very happy and excited when Janhvi Kapoor reeled in Anupama’s dialogue. Let us tell you that the TV show ‘Anupama’ stars Rupali Ganguly in the lead role and Gaurav Khanna as her husband Anuj Kapadia. Sudhanshu Pandey is playing the role of Banraj Shah in this show.

Also Read: Janhvi Kapoor got into a fight with her boyfriend during a late night party