The creator and star of the show want to return for more. This year, Prime Video gave subscribers a Halloween treat in the form of the supernatural crime thriller The Devil’s Hour, starring Doctor Who alum Peter Capaldi as the terrifying new character Gideon.

The six-part series delves into his relationship with a social worker named Lucy Chambers (Jessica Raine), who wakes up at the same time every night and has unexplainable visions.

Many viewers have already binge-watched the suspenseful premiere and are clamoring for more episodes, with star Jessica Raine revealing that plans for another two seasons are in the works.

However, whether they will see the light of day remains to be seen, as strong viewership is often the deciding factor in this increasingly competitive streaming landscape.

Here are the most recent updates on The Devil’s Hour’s future.

Will There Be a Second Season of the Devil’s Hour?

One thing is certain: both series creator Tom Moran and co-star Jessica Raine are eager to make a second season of The Devil’s Hour, as the latter revealed in an exclusive interview with RadioTimes.com.

“When we started that first day of shooting, the entire first season was written, so I knew exactly where it was going,” Raine explained. “I also knew he had plans for a season 2 and a season 3.”

However, don’t expect the show to last much longer, she clarified: “It’s finite – that’s what it would be if it got green-lit, which I really hope it does.” 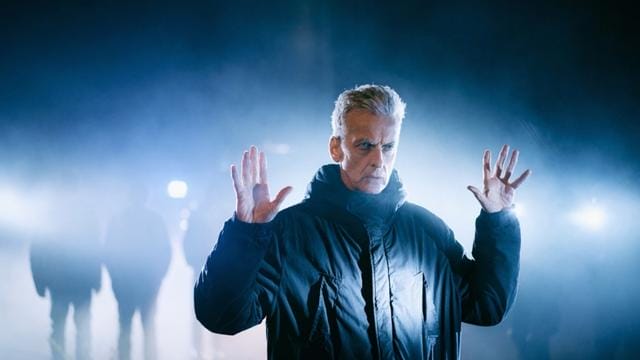 The decision to continue The Devil’s Hour ultimately rests with Prime Video, but having the full support of the creative team is a promising step in the right direction.

What Could Happen in Season 2 of the Devil’s Hour?

If The Devil’s Hour returns for a second season, we might see some unexpected developments for our main characters, with Raine hinting at big changes for social worker Lucy.

“It’s a role that will continue to be really challenging, not formulaic at all, a different side of the coin,” she said.

“That’s the bit I can’t say much about,” Raine continued, “but oh my God… [the first season] is like one-third of a novel, so there’s so much room for more.” “It’s a fantastic idea, and I hope we get to finish it.”

The first season ended with Gideon eluding capture and causing more time-warping mayhem, which will undoubtedly have consequences for Lucy and the other main characters.

Who Could Return for Season 2 of the Devil’s Hour?

If The Devil’s Hour is renewed for a second season, it’s likely that Peter Capaldi and Jessica Raine will reprise their roles as Gideon and Lucy.

Is There a Season 2 Trailer for the Devil’s Hour?

No, not yet! We’re still waiting to hear what the series’ future holds, so don’t expect any new footage until an announcement is made.