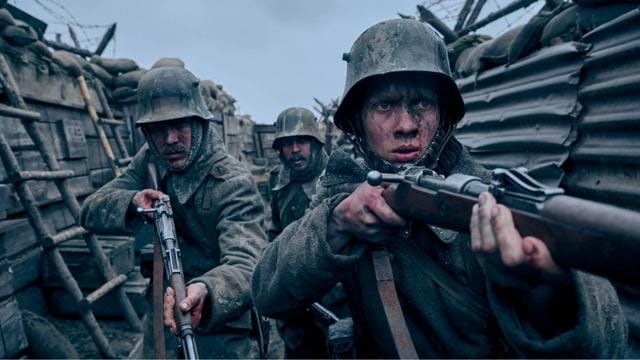 All Quiet on the Western Front, one of the most moving war stories of the twentieth century, is now a harrowing Oscar contender that began streaming on Netflix last week.

The film is directed by Edward Berger, who also co-wrote the screenplay with Ian Stokell and Lesley Paterson. It is based on Erich Maria Remarque’s 1929 German novel of the same name. It’s historical fiction that tells the story of Paul Bäumer, a German soldier who enlists in World War I with propaganda-fueled hopes of becoming a hero.

The violent, horrific reality of the front lines quickly shatters those dreams. If you didn’t read the novel in school, you were probably shown the 1930 film, which won Best Picture at the Academy Awards and is widely regarded as one of the best war films of all time. Netflix, no worries!

However, with higher film resolution and significantly more resources, this version of All Quiet on the Western Front may be more accurate to the horrors of World War I than the book or the 1930 film. Continue reading to find out how the 2022 film All Quiet on the Western Front incorporated the true story of WWI into the film, as well as how accurate the film was to the historical events it depicted.

Is It True That All Quiet on the Western Front is Based on a True Story?

Both yes and no. Yes, in the sense that World War I was a very real and horrifying war. Erich Maria Remarque, the novel’s 1928 author, was a German WWI veteran who witnessed and experienced the trauma he describes in his book.

However, according to German historian Prof. Daniel Schönpflug, who served as a consultant on the 2022 film, the idea that All Quiet on the Western Front is entirely based on Remarque’s first-hand experience is “more complicated” than that. 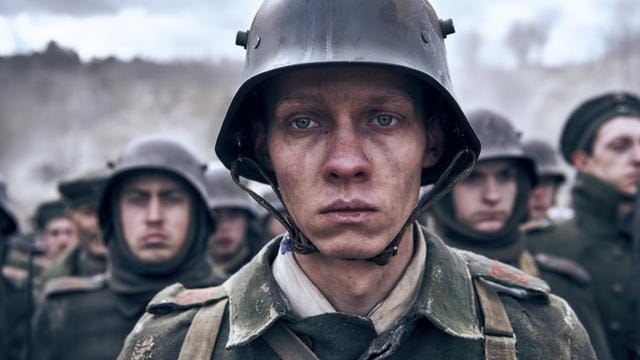 “In addition to his own memories, Remarque worked in other people’s experiences,” Schönpflug explained in an interview for the All Quiet press notes. “For example, his school friend Georg Middendorf’s diary and reports from other people he spoke with during and after the war.” The line between fact and fiction, between journalism and literature, was thus blurred.”

All Quiet on the Western Front is, in other words, a historical novel, not a memoir. While Remarque based his characters on his own experiences, they are still fictional characters. There was no Paul Baumer or Stanislaus “Kat” Katczinsky in real life, and it’s impossible to know which details of the novel were true and which were invented or changed by Remarque. However, Schönpflug stated in the same press notes interview that Remarque toned down the horrors of the war at the request of his publisher.

The 2022 film adaptation of All Quiet on the Western Front adds a little extra true-story flavor that wasn’t a main focus in the novel: the signing of the Armistice on November 11, 1918, which ended the fighting and signaled Germany’s defeat.

(However, Germany did not formally surrender until the Paris Peace Conference a year later.) Director Edward Berger weaves key real-life WWI figures into the plot, including Matthias Erzberger (played by Daniel Brühl), a German official who was instrumental in bringing the war to an end, and General Ferdinand Froch (played by Thibault de Montalembert), a famously aggressive French general who became the Allied Commander-in-Chief in late March 1918 and launched a war-winning attack.