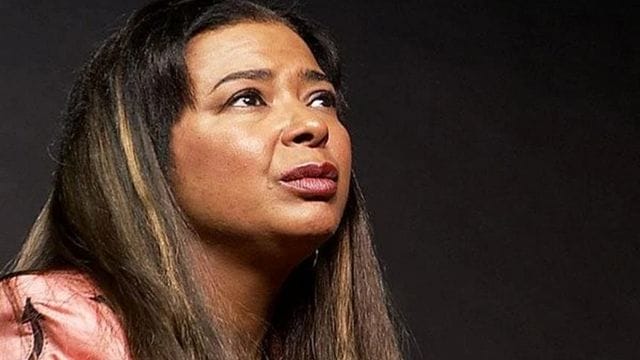 Irene Cara, an Oscar and Grammy winner best known for the theme songs of “Fame” and “Flashdance” in the early 1980s, has died, according to her publicist. She was 63 years old.

In a tweet reporting the singer’s death, Judith Moose added, “Please share your condolences and memories of Irene.” “I’ll be reading them all, and I know she’ll be smiling from Heaven.” She adored her followers.

“She was a wonderfully brilliant soul whose music and pictures will live on forever.” Cara passed away in her Florida home. According to Moose’s statement, the reason for death remains unknown.

Cara began her career as a child actor on the TV show “Electric Company,” before moving on to roles as a teen in the films “Aaron Loves Angela” and “Sparkle.”

Her breakthrough came in the 1980 musical “Fame,” by Coco Hernandez, about New York’s High School for the Performing Arts. She had a hit with the title song from that film, as well as another with the ballad “Out Here on My Own.” That year, she was nominated for a Golden Globe and two Grammys.

Cara co-wrote the lyrics for “Flashdance… What a Feeling,” another radio blockbuster for which she won an Oscar for Best Original Song and a Grammy for Best Pop Vocal Performance, Female three years later.

Her other singles included “Why Me” and “Breakdance.” She also appeared in films such as “City Heat,” starring Burt Reynolds and Clint Eastwood, “D.C. Cab,” starring Mr. T, and “Certain Fury,” starring Tatum O’Neal.

Cara was born as the youngest of five children in The Bronx, New York City. Her father, a factory worker and retired saxophone named Gaspar Cara was Puerto Rican, and her mother, a movie theatre usher named Louise Escalera, was Cuban. Cara had two brothers and two sisters.

She was one of five finalists in the “Little Miss America” pageant when she was three years old. She learned to play the piano by ear, studied music, acting, and dance, and began taking dance lessons at the age of five.

Her professional singing and dancing on Spanish-language television launched her performing career. She appeared on The Original Amateur Hour (singing in Spanish) and Johnny Carson’s The Tonight Show as a child.

She was a regular on PBS’s educational program The Electric Company as a member of the show’s band, the Short Circus, from 1971 to 1972. Cara released a Spanish-language record for the Latin market as a youngster, as well as an English-language Christmas CD.