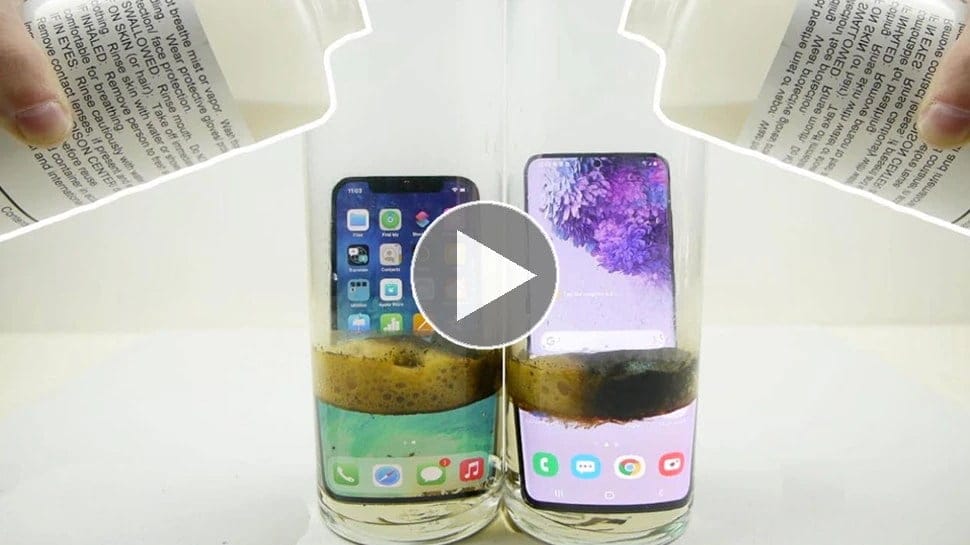 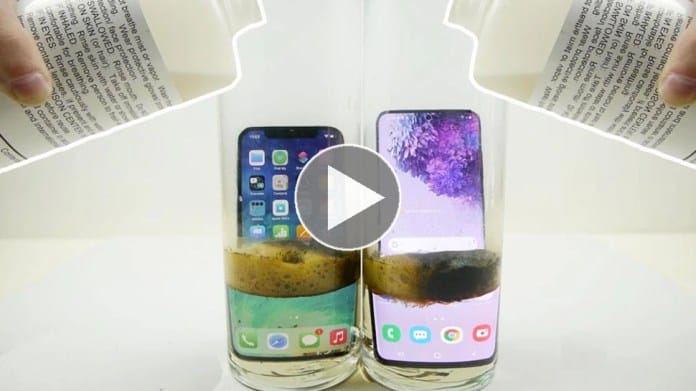 There is often a collision between the iPhone and Samsung smartphones. In the eyes of the fans, both the companies are giants instead of each other. When Apple launched the iPhone with new features, Samsung also tried to beat it. A YouTuber did an experiment with an iPhone and a Samsung phone. He threw the iPhone 12 and Samsung Galaxy S20 in acid. Now it remains to be seen which of the two phones is the strongest. See what happens as a result.

Man pours acid on iPhone 12 and Samsung phone
A video was posted on the famous YouTuber page TechRax, where Rax took two flasks. The iPhone 12 was placed in one and the Samsung Galaxy S20 in the other. Then they poured hot piranha acid experiment on it. Both phones were on. Even after pouring acid, both the phones were on. But after some time the iPhone turned off due to high temperature. But Samsung persisted. The Samsung Galaxy S20 also shut down shortly after.

amazing results
When Rex took both the phones out of the flask, the Samsung phone’s screen got burnt. The phone was completely blown up, it was filled with water. Tried to clean. He was assigned the charge. But it was not open. Then the iPhone 12 turned on. It restarted in a few seconds. The condition of iPhone 12 was also better than Samsung Galaxy S20.

The video was shared on YouTube by Techrex in October 2020, and has garnered 1.4 million views so far. People praised this experiment in the comment section as well. Everyone believed that iPhone is stronger than Samsung. Do not experiment with your phone after seeing this experiment. Because YouTuber makes this video under the supervision of experts. You may have an accident.