Some of AR Rahman's songs, like "Jai Ho" from "Slumdog Millionaire" and "Nayak: The Real Hero," make you want to tap your feet. 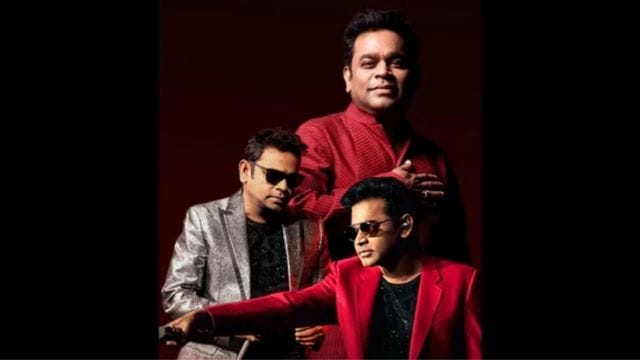 AR Rahman, who won an Oscar for his music, has written a number of songs that we can’t forget and that give us goosebumps every time we hear them. A video with ten of the music master’s most famous songs just showed up online, and it’s now going viral on all social media sites. The mashup is touching people’s hearts on the internet, and it might do the same for you. There’s a chance that you’ll listen to it over and over again.

The Instagram user who goes by the name Nelvin Keys posted the video with the caption “10 in 1 – ARR Birthday Mix.” His bio says that he writes music and works as an audio engineer. The user also said that he worked with someone on Instagram named Revitalized Rahmanian.

The Instagram user made the now-viral mashup to honour the living legend’s birthday, and it’s getting a lot of attention on the Internet. Some of the songs, like “Jai Ho” from “Slumdog Millionaire” and “Nayak: The Real Hero,” will make you tap your feet.

Since it was posted five days ago, the video has been watched more than 6.5 million times, and that number is still going up. The video has also gotten a lot of “likes” and a lot of comments.

What people said about the video:

In response to the video, singer Aditya RK wrote “Killer” with a fire icon. DJ Ruchir Kulkarni also said something, and he wrote “Amazing.” “Petition to release this as a separate track in spotify,”  one person wrote.

“I wish it never ends,” said someone else. “What a mashup! So nice and smooth!! “I liked how it changed to Munbe Va and how the New York Nagaram was used throughout,” said a third. A fourth person said, “I’m listening to it over and over again for the 50th time. @arrahman, sir, you have to hear this once.” Many people also said they want this mashup to be longer.

Thattassery Koottam OTT Release Date: When and Where to Watch Malayalam Comedy Film?

Aman Gupta, a Judge on the “Shark Tank,” Admits He Was Unsuccessful in Six Businesses Before to Starting boAt!!