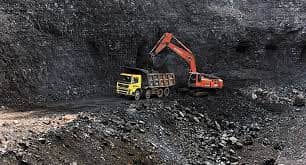 India’s coal production increased by 8.27% in Aug 2022 to 58.33 Million Tonne (MT), as compared to 53.88 MT during the same month last year beating the trend that we saw production fall during the monsoon months.

Coal Ministry said, of the top 37 coal-producing mines in the country, 25 mines produced more than 100 percent while the production level of five mines stood between 80 and 100 percent.

The coal production target for August was 67.94 million tonnes (MT), according to the government’s monthly statistics (provisional).

The country’s coal output in the first five months of the ongoing financial year increased to 324.39 MT as against 263.97 MT in the April-August period of the previous fiscal.

Amid rising demand, the supply of coal to power utilities grew by 10.84 percent to 54.09 MT during August compared to 48.80 MT in the same month last fiscal.

SharkBot malware spreads via Google Play to steal your credentials