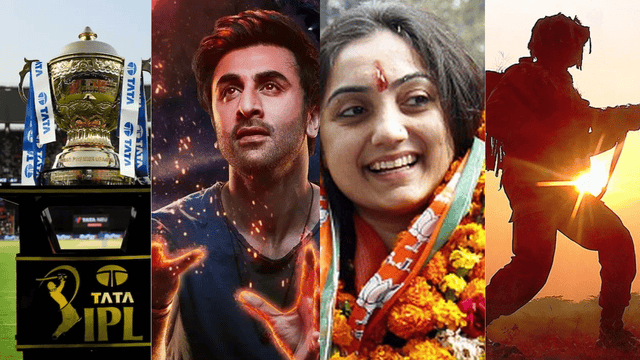 Google has put out a report called “Year in Search 2022,” which looks at the most important trends in search over the past year.

Google Trends in India’s “Year in Search 2022” was dominated by sports events like the Indian Premier League (IPL), the FIFA World Cup, the Asia Cup, and the ICC T20. CoWin, an app made by the Union government to find vaccination centers, make appointments, and download vaccination certificates, is the only search in the top five that isn’t about sports.

IPL, the most entertaining sporting event in the country, was at the top of the search list. On March 26, two new teams, the Lucknow Supergiants, and the Gujarat Giants joined the competition. This team beat Rajasthan Royals, led by Hardik Pandya, to win the 2022 title.

Brahmastra was a movie that was eagerly awaited and heavily advertised. The first part of it, called “Shiva,” came out in theatres on September 9. Ranbir Kapoor and Alia Bhatt were two of the stars of the movie, which was directed by Ayan Mukherjee. Google Trends says that it was the most searched-for movie this year, even more than Blockbuster, even though it only got bad reviews.

Aside from Brahmastra and Kashmir Files, KGF 2, RRR, and Kantara were the most searched-for movies.

This year, the most searched person in India was Nupur Sharma, who used to speak for the BJP. During a TV debate in May, she said hurtful things about the Prophet Mohammad that upset a lot of people.

Muslims all over the country called for protests against her, and Islamic countries were very upset by what she said. The Supreme Court was given a case, and they said, “Her loose tongue has set the whole country on fire.”

Rishi Sunak, who was the prime minister of the UK, was also on the list. This may have been because of his ties to India and the fact that his victory was widely celebrated there. The list was mostly made up of politicians, but Lalit Modi and Sushmita Sen were also on it.

Indians also seemed interested in the Union government’s Agnipath Scheme, which was the most searched term on the list. It was announced on June 14 and will replace the current way of recruiting by putting Agniveers in charge of the Indian Army, Air Force, and Navy for four years. Some of these Agniveers may be given permanent jobs.

The goal of the plan was to make sure that the military was well-trained and in good shape. North Atlantic Treaty Organization is another popular search term (Nato). People seem to have read more about the Ukraine-Russia war because of it.