Indian Viewers of “Shark Tank” Are Laughing at the Sharks’ Rejection of a Cosmetics Company Out of Respect for Contestant Vineeta!! 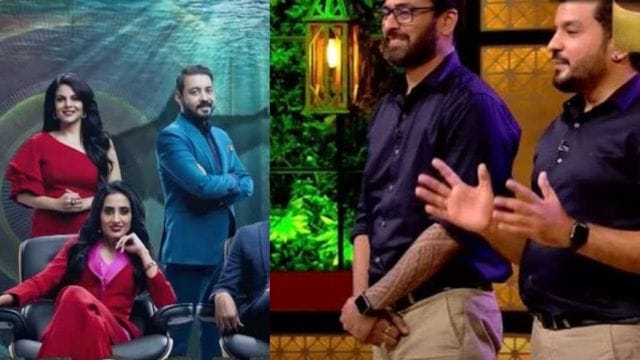 The second season of Shark Tank India came back to TV on Monday. Five sharks, including Anupam Mittal, Vineeta Singh, Peyush Bansal, Namita Thapar, and Aman Gupta, heard a lot of interesting pitches and decided to invest in some of them. But a pitch for a makeup brand called Recode was turned down because it was in competition with Sugar, which was made by Vineeta Singh. Many viewers used Twitter to say how upset they were about the practice.

All of the sharks were very impressed by how two entrepreneurs from a small town pitched their homegrown makeup brand, Recode. They also told the sharks about some interesting business ideas that left them speechless. Except for Peyush Bansal, they all turned down the pitch because it was in the same field as Vineeta Singh. The fact that Sugar follows Recode on Instagram also surprised the co-founder of Sugar.

A Twitter user said about the situation, “Disappointed with Shark Tank India this season, poor people in the same line of business as any of the judges will not get investments just because shark doesn’t want to lose their friend.

How does that make sense?” “Shark Tank India,” said someone else. Watched the RECODE brand pitch. People respect you #sharks for what you’ve done, but the way the #sugarcosmetics friendship club worked today doesn’t make me feel good about the idea of raising money.

One more person asked, “Why has Shark Tank season 2 become a full-length drama series?” “I don’t invest in my friend’s competition,” I said. “Bhai??? You’re investors, so what’s wrong with you? I really like how Peyush said, “This is dumb.”

A Twitter user said, “On #SharkTankIndiaS2, people who work in the cosmetics, pharmaceutical, and eyewear industries are not allowed to raise money. Kay Majak Bana Rakha hai Shark Tank ka. They’ve made a joke out of it by making their own group on LinkedIn and putting it in this sector. People have gotten together and won’t let anyone go ahead of them.

A similar comment said, “Lesson of the day from Shark Tank: Don’t go there if you’re in the beauty, audio, eyewear, pharma, or marriage business!” People won’t put money in. Strange reason!! What a terrible message!”