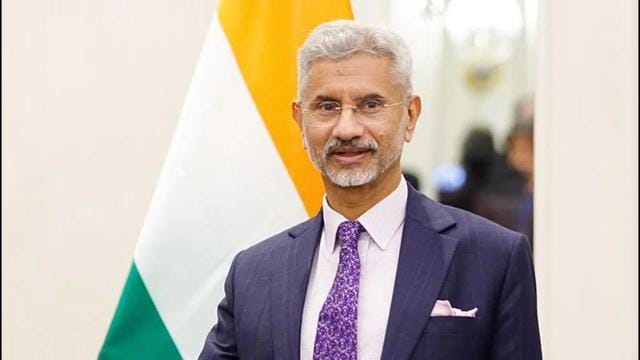 According to India’s foreign minister, purchasing oil from a “steady and time-tested partner” is economically advantageous.

Foreign Minister Subrahmanyam Jaishankar said during his first visit to Russia since it invaded Ukraine that India will continue to buy Russian oil because it is beneficial to the country, a move that runs counter to Western efforts to cripple Russia’s economy with sanctions.

On Tuesday, Jaishankar met with his Russian counterpart Sergey Lavrov in Moscow, accompanied by senior officials in charge of agriculture, petroleum and natural gas, ports and shipping, finance, chemicals and fertiliser, and trade, emphasising the importance of relations with Russia.

“Russia has been a consistent and dependable partner.” “Any objective assessment of our relationship over many decades would confirm that it has served both our countries extremely well,” Jaishankar said at a joint news conference.

“As the world’s third-largest consumer of oil and gas, with low-income levels, it is our fundamental obligation to ensure that the Indian consumer has the best possible access to international markets at the most advantageous terms,” he said.

“We have seen how the India-Russia relationship has benefited both countries.” If it benefits me, I’d like to keep it going,” the Indian foreign minister added.

Following a boycott by Western buyers, India, which has not explicitly condemned Russia’s “special military operation in Ukraine,” has emerged as Russia’s second-largest oil customer after China.

Jaishankar’s announcement came ahead of US Treasury Secretary Janet Yellen’s visit to New Delhi later this week when she is expected to discuss with Indian officials a Group of Seven (G7) plan to cap the price of Russian oil.

In recent weeks, US officials and G7 countries have been in intense negotiations over an unprecedented plan to impose a price cap on sea-borne oil shipments, which is set to go into effect on December 5 to ensure that European Union and US sanctions do not suffocate the global oil market.

So far, neither New Delhi nor Beijing has agreed to join Western sanctions against Russia.

Lavrov praised Russia’s “Indian friends” for their stance on Ukraine and accused Western countries of attempting to consolidate a “dominant role in world affairs” and obstruct “the democratisation of international relations.”

According to the TASS news agency, Russia and India are also considering joint production of modern defence equipment. Last year, the two countries agreed to a $677 million deal to manufacture AK-203 assault rifles in India as part of New Delhi’s push for defence manufacturing self-sufficiency. India is one of the world’s largest purchasers of military equipment.

For decades, Moscow has been New Delhi’s largest supplier of military equipment. Between 2011 and 2021, India imported more than $20 billion in Russian defence equipment.

Russia and India, according to Lavrov, want to work more closely in the fields of nuclear energy and space travel.

Varun Dhawan is Better Now Since Being Diagnosed With Vestibular Hypofunction

Vili Fualaau, Who Was Formerly Married to Mary Kay Letourneau, Has Given Birth to a Daughter