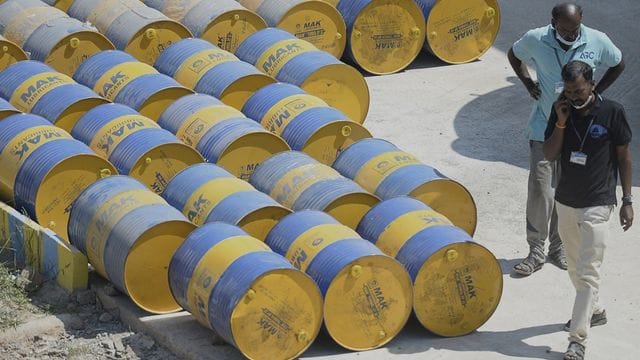 Arctic grades Arco, Arco/Novy Port, and Varandey don’t usually go to the East, but they are now finding new homes in other parts of the world after the EU, G7, and Australia put a price cap on Russian oil in December. This came on top of an EU ban on shipping Russian crude by sea. As shipping costs go up, sellers are giving bigger discounts on Russian crude oil.

A trader in Singapore said, “All of these Arctic crudes usually go to the EU, but now they have to go somewhere else.” Since May, Arctic crude exports to India have steadily gone up. In November and December, a record 6.67 million barrels were loaded, and 4.1 million barrels were shipped in December. Most of the supplies came from fields run by Gazprom Neft that made Arco and Arco/Novy Port.

The cargo of 900,000 barrels on the tanker Bear Alcor, which went through Europe, the Mediterranean, and the Suez Canal, was unloaded on December 27 at Cochin port in Kerala for refiner Bharat Petroleum Corp Ltd. The other two shipments of 600,000 barrels, which were loaded in November, were unloaded at Rotterdam, which is in the Netherlands. It was not clear who bought these shipments.

One of the sources at an Indian refiner said that Russia also has a good amount of other grades, which are being sold to Indian buyers. He also said that the gross product margins of processing grades like Arco and Novy Port, which are bought on a delivered basis, are more than $10 a barrel higher than those of Mars and West Texas Intermediate, which are of the same quality but are from the United States. When asked for comments, Bharat Petroleum didn’t give any.