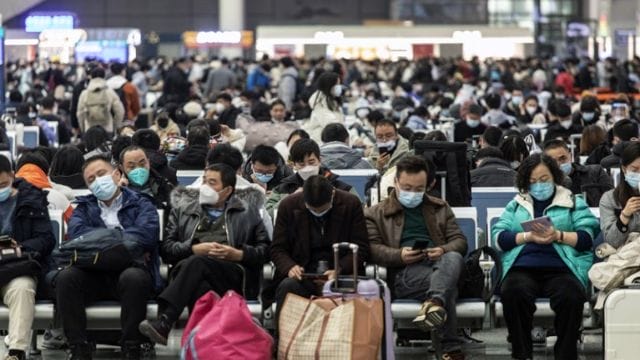 China’s economy grew by only 3% in 2022, which was much less than the government’s own goal and one of the worst results in almost 50 years. Months of widespread Covid lockdowns and a historic drop in the property market hurt growth a lot.

Still, the number was a little bit better than what the market was expecting, and there are signs of stabilization in the last few weeks of 2022 thanks to government support for infrastructure investment and credit expansion.

At a press conference in Beijing, Kang Yi, director of the NBS, said, “The Chinese economy has been hit by unexpected shocks in 2022, such as frequent Covid outbreaks and extreme heatwaves.”

“The triple pressures of demand contraction, supply shocks, and lowered expectations are still changing, and the environment is getting more complicated, harsh, and uncertain.”

Since the pandemic started, China had no tolerance for the coronavirus. But three years of restrictions have hurt the economy, made people angry, and put a huge strain on the finances of local governments. As pressure on the government grew, it suddenly changed course at the beginning of December, putting an end to the controversial zero-Covid policy.

But while the loosening of restrictions was a relief for many, it came as a surprise to most people and left most of them to fend for themselves.

Because the disease spread quickly, many people stayed inside and shops and restaurants were empty. More workers getting sick has also caused factories and businesses to close or cut back on production.

“Q4 data were better than expected, which was a pleasant surprise. But, Aidan Yao, a senior emerging Asia economist at AXA Investment Managers, said, “The data still show a disappointing end to a hard year for the Chinese economy.”

Is the Worst Over?

The data released on Tuesday showed how the Covid surge has affected the economy over the past month. In December, retail sales fell by for the third month in a row, 1.8%. Most people who got sick with Covid stayed home, said Chaoping Zhu, a global market strategist at J.P. Morgan Asset Management. This is why the economy shrank.

People walk past closed stores in a shopping mall in Shanghai, China, on December 23, 2022, as the COVID-19 virus spreads ahead of the Christmas holiday.

From January to December, the amount spent on fixed assets went up by 5.1%. Investment in basic infrastructure, which includes railways, ports, and telecommunications networks, went up 9.4% for the whole year. During the same time frame, investments in making electrical machinery and equipment went up by 42.6%. 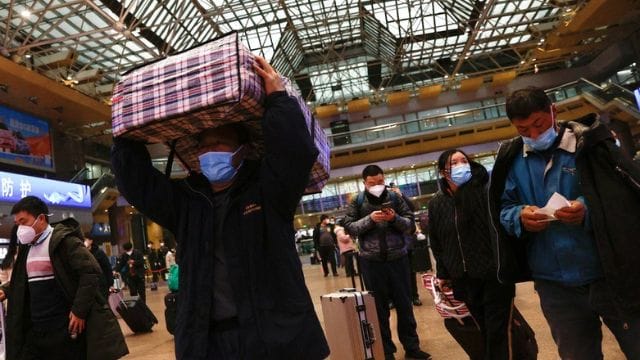 Analysts said that the growth was due to the government’s efforts to invest in infrastructure and make money easier to spend.

“The good news is that there are now signs of stabilization,” said Louise Loo, senior economist for Capital Economics, in a research note. “Policy support given toward the end of 2022 is showing up in the relative resilience of infrastructure investment and credit growth.” She also said that consumer spending is still behind, but that economic growth should get stronger after March.

Yao said, “Q4 was probably the darkest before dawn.” “It’s possible that some of December’s surprising data were caused by the bottoming out of economic activity in cities where the peak of infections had already passed by the middle of the month.”

Recently, policymakers promised to do everything they can to save the economy in 2023. They are counting on the private sector to boost growth. They have taken some of the pressure off of the tech and real estate industries, which have been struggling since 2020 when the government started cracking down on private businesses in a big way.

On July 21, 2022, a car in Nanjing, in China’s eastern Jiangsu province, has the Didi logo on it. Didi is a big ride-hailing company in China. The moves have given investors and analysts more hope that China’s economy will improve in a big way. So far, a group of government economists and analysts from other countries have raised their predictions for China’s growth in 2023 to between 4.3% and 5.4%. Some people think that Beijing will set a growth goal of more than 5%.

But the country still has to deal with a number of problems. “There are still risks in the real estate market and in the debt of local governments,” said Zhu. He thinks that the central bank will cut interest rates again in the first quarter and then take more steps to make money easier to spend.

Harry Murphy Cruise, an economist at Moody’s Analytics, said, “2023 will be a rough year for China. Not only will it have to deal with the threat of new Covid waves, but the country’s worsening residential property market and weak global demand for its exports will also be major slowdowns.”

This photo from above was taken on June 9, 2022, at a port in Qingdao, which is in China’s eastern Shandong province.

The statistics office also said that the number of people living in China went down. In 2022, there were about 850,000 fewer people in the country than there were in 2021. Analysts said it was the first decline since 1961.

“China can’t use the demographic dividend as a structural driver of economic growth. Demographics will be a drag on the economy in the future, said Zhiwei Zhang, president, and chief economist at Pinpoint Asset Management. “The growth of the economy will have to depend more on the growth of productivity, which is driven by government policies.”

The Video of African Boys Dancing to “Calm Down” by Selena Gomez and Rema Has Gone Viral! Watch the Video!