Covid in China: The director said that 54,435 people who had Covid but already had a serious illness like cancer or heart disease died as a result. 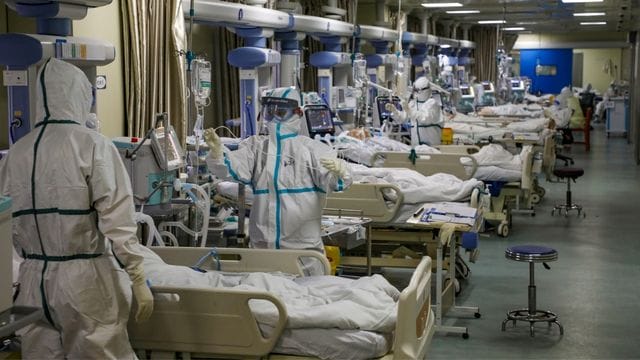 China restarted high-speed rail services between Hong Kong and the mainland on Sunday for the first time since the beginning of the COVID-19 outbreak. This comes as China is dismantling travel limits following Beijing’s decision a week earlier to end quarantine for new arrivals.

The reopening takes place in the midst of a large outbreak of infections across the country and a day after officials stated that almost 60,000 people with Covid had died in hospitals, as a result of the sudden U-turn on “zero-Covid” policy that took place last month in the wake of historic protests.

In spite of the diseases, a number of passengers expressed joy and relief at the prospect of being able to quickly return to their respective hometowns in time for the upcoming Lunar New Year celebrations.

China made the announcement that it has recorded nearly 60,000 deaths connected to Covid between the dates of December 8 and January 12, marking the first time China revealed death toll information since abruptly shifting away from the zero-Covid policy one month ago.

According to Jiao Yahui, director of the medical affairs section of the National Health Commission, China documented 5,503 deaths as a result of respiratory failure caused by Covid infection. In addition, the director was notified of 54,435 deaths that occurred among patients who were infected with Covid but already suffered from an underlying ailment, such as cancer or cardiovascular disease.

As a result of China’s new and more stringent definition, the country’s official death toll will only include those that occurred in the absence of any preexisting ailments. According to South China Morning Post, the average age of those who passed away was 80.3, and 90% of the fatalities occurred in people who were 65 or older.

This comes at a time when China has been criticised for its lack of transparency on the most recent outbreak. As a result, there have been claims that hospitals and funeral homes around the country are reaching capacity. A significant number of nations have tightened their regulations on Chinese tourists in an effort to encourage Beijing to disclose more information to the rest of the globe.

The Chinese foreign ministry, on the other hand, has stated that even the United States should be put under pressure to reveal its data regarding the rapid spread of the XBB.1.5 subvariant in a timely manner.

When Everyone’s Primary Objective is Nimrit, as in the Ticket to Finale Task, the Procedure Looks Like This!!