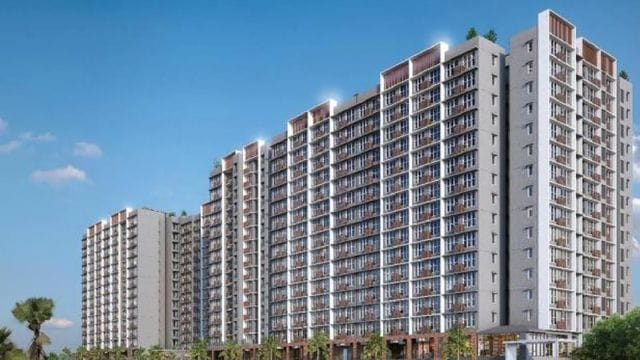 According to the news agency PTI, Godrej Properties has added eight new projects so far this fiscal year. These projects have an estimated income potential of 16,500 crores and were added because there is a significant demand for homes and the company wants to purchase property for future development.

Pirojsha Godrej, Executive Chairman of Godrej Properties, is optimistic that the company will add a significant number of additional land parcels to its portfolio by the end of March 2022, despite the fact that there are still four months left in the fiscal year 2022-2023.

At this time, the company is in the process of discussing the purchase of land with a number of different landowners. The land might be purchased outright, or the company could enter into cooperative development agreements (JDAs).

“So far this fiscal year, we’ve added projects worth 16,500 crores, which is more than our full-year goal of 15,000 crores. If things go as planned, we will finish the 2022-23 fiscal year much ahead of the goal “Pirojsha Godrej told PTI.

But he didn’t say what the new goal for bringing in new business was for the current fiscal year. The CEO of the company was very optimistic about sales bookings and new land purchases in the coming months.

PTI reports that Pirojsha Godrej said in February of this year that he planned to spend around 7,500 crores over the next 12 to 18 months to buy and build new real estate projects.

This month, the company bought an 18-acre piece of land in Kandivali, Mumbai, for 750 crores to build a luxury housing project. The project could bring in about 7,000 crore, which is a lot of money.

Last month, the company won 12.4 acres of land in Noida’s Sector 146. The two pieces of land are right next to each other. The project could have about 3.2 million square feet of space that can be built on.

Godrej Properties has also bought other pieces of land this fiscal year. They bought about 0.5 acres near Carmichael Road in Mumbai. This project will include 0.12 million square feet of high-end housing that could bring in 1,200 crores in sales. PTI said that the whole project is owned.

Godrej Properties, a subsidiary of the Godrej Group, is one of the country’s most prominent real estate firms. Although the organization has a presence in Chennai, Kolkata, Kochi, Ahmedabad, Chandigarh, and Nagpur, it concentrates on four core markets: Mumbai Metropolitan Region (MMR), Delhi-NCR, Bengaluru, and Pune.