In a new trailer for Season 2 of Shark Tank India, Namita Thapar reveals that she has been subjected to body shaming in the past and asks two entrepreneurs why they don't create clothing specifically for plus-sized women. 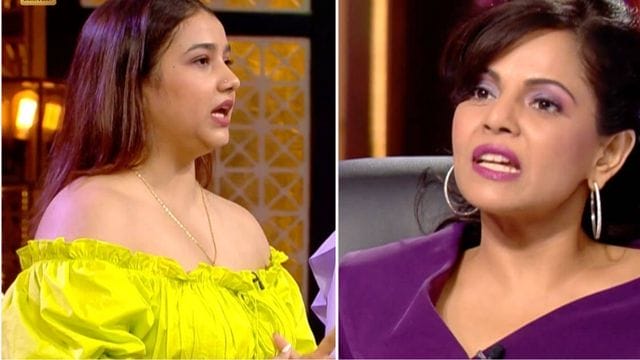 Shark Tank Namita Thapar of India stated that she, too, has been subjected to body shaming. In a promotional film distributed by Sony Entertainment Television, entrepreneurs marketed their clothing line and stated that they also produce garments for plus-size individuals. Namita, the executive director of Emcure Pharmaceuticals, disclosed that she has also been subjected to body-shaming and questioned the entrepreneurs as to why they did not create the brand specifically for plus-size individuals.

The pitcher responded, “The most significant issue in the plus-size sector is that plus-size individuals are considered as outcasts. We want children to feel included, thus we do not offer a separate size chart or collection. They are included in all of our collections.”

This is not the first time Namita has discussed being attacked because of her appearance. In a conversation with Chetan Bhagat on his Deeptalk podcast from the previous year, she described how she was ridiculed for being overweight and having excessive facial hair and acne. “I was body shamed a lot as a youngster… and I used to feel quite unattractive,” she claimed, adding, “No guy looked at me; it was me who had crushes on the guys.” As a teen, being subjected to such body shaming leaves a lot of wounds. I had excessive facial hair and pimples, and one of my classmates referred to me as “the girl with the moustache” in Marathi.

The first episode of the second season of Shark Tank India premiered on SonyLIV and Sony Entertainment Television on January 2, 2023. The host of the show is the comedian Rahul Dua. It includes Anupam Mittal (founder-CEO of Shaadi.com), Aman Gupta (co-founder-CMO of boAt), Namita Thapar (executive director of Emcure Pharmaceuticals), Vineeta Singh (co-founder-CEO of SUGAR Cosmetics), Peyush Bansal (founder-CEO of Lenskart.com), and Amit Jain (co-founder-CEO of CarDekho Group and InsuranceDekho.com).

Ashneer Grover was not present in the most recent season. Ashneer, the co-founder and CEO of Sequoia and Ribbit-backed BharatPe, and his wife Madhuri Jain Grover, the previous director of controls at BharatPe, were fired from the company last year due to violations of corporate governance.

Stay tuned to New Times Of India for more TV Show news along with Bigg Boss News and bookmark our website so that you can’t miss any updates.