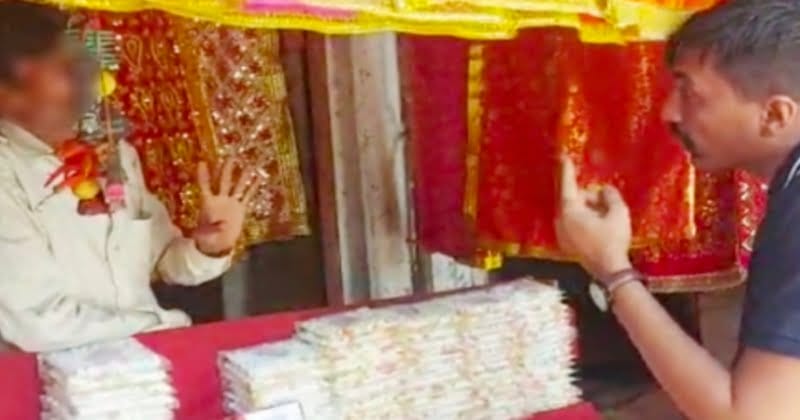 Thousands of devotees come daily to visit Ambaji, the pilgrimage site. A large number of devotees come here not only from the state but also from outside the state. Most of the devotees take prasad and puja material from the shops around the temple when they come for darshan. The merchants here also greet the visitors by speaking sweet language, but when the devotees return from darshan, these traders throw light on their texture. 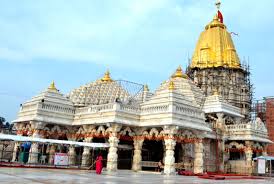 A youth from Ahmedabad exposed the ongoing scam in Prasad’s shops in Ambaji. The traders here take advantage of the faith of the people and carry out open loot. Many people have had such experiences till now. But Khawa came into the limelight when a person named Gopal Patel from Ahmedabad shared his experience on social media by sharing a video.

Many people also shared their experiences on this video and wrote that the owners of Prasad shops in Ambaji are actually cheating the people and charging exorbitant price for the items including Prasad. According to Gopal Patel of Ahmedabad, he and his friends had gone to visit Ambaji, they parked their car and when they were on their way to visit the temple, the shopkeepers grabbed them a basket of prasad and items. The merchant started giving more than the basket of prasad he was about to take.

After this Gopal Patel lodged a complaint with the police. In this case, the police took action to close the shop of the shopkeeper. But Gopal Patel stopped there and conducted a sting operation on the shops around Ambaji. So it came to know that not only in one shop but in every shop of Prasad, people are cheated like this.

The merchants here earn money by playing games with the faith of the people. In most of the shops the price of the items including quince was not written on the board. And in some places it is written in such a way that it cannot be read clearly. Also, when people inquire about the price, the merchants sell the item to the devotees saying that the darshan will be closed. Remunerative price is charged when the devotees return and ask for the price of the item. Some want 150 of the prasad, some 200, some 500. In this way the merchants cheat many devotees every day and rob them.

The District Collector said that such incidents have also come to the fore and a consumer protection center has been activated at Ambaji to save people from frauds. The officials also hold periodic meetings with the local traders to prevent such incidents.

Ambaji’s officials are also aware of this. They say that open loot is going on in the market. Merchants fool Indian travelers when fifteen or twenty people come together and say don’t pay so that the visitor has to pay.