In a New Shark Tank India Promo, Namita Thapar Leaves and Tells Anupam Mittal to Put His “Ego in Check”!!

In a new Shark Tank India promo, Namita Thapar walks away from her seat. Here's what happened to irritate her. 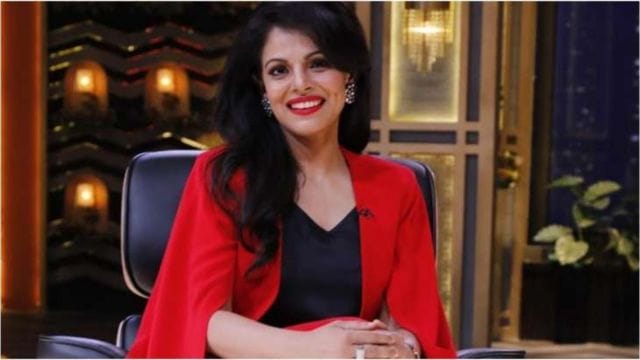 The sharks will compete over a single pitch in an upcoming episode of Shark Tank India. Vineeta Singh, Anupam Mittal, Peyush Bansal, Aman Gupta, and Namita Thapar got into a heated disagreement over Nestroots, a home furnishing firm.

A new promo released on Sony Entertainment Television’s YouTube page illustrates how everyone was at odds over investing in the same brand. “Nestroots is an Indian brand,” said a woman representing her brand Nestroots on the television. We provide kitchen, dining, decor, and furniture solutions.

Nestroots is already in over 1 lakh Indian households, which we are really proud of.” Vineeta thought it was really cool, and Peyush wondered if the brand was profitable yet. The entrepreneur stated that her nett profitability ranges between 16 and 19 percent, which impressed all of the sharks.

Vineeta and Anupam were the first to make her an offer: 65 lakh for 4% equity. Aman was irritated that Vineeta refused to collaborate with him. “Kabhi toh kisi aur ko leliya karo yaar” (Sometimes ask someone else), he said. Then Anupam said Aman, “Tum value nahi add karte ho yaar sirf herogiri karte ho (you merely act smart, no value is added).” “Hero will remain a hero, and evil will remain a villain,” Aman answers.

Aman offers 65 lakh for 5% and allows Vineeta decide whether or not she wants to join him. Peyush ups the ante by offering 65 lakh for merely 1%. As Namita Thapar begins to speak, expressing her disagreement, Anupam responds, “It doesn’t matter what you believe, yaar.”

After hearing his statements, Namita exploded with rage and told him, “Not okay, you need to keep your ego in check.” In addition to that, she gets up from her chair. The popular premise of the show of the same name, Shark Tank USA, served as the inspiration for the creation of Shark Tank.

In December of the previous year, it debuted for the first time. Amit Jain of CarDekho has joined the panel of sharks, joining Namita, Vineeta, Peyush, Aman, and Anupam. He is the newest member of the shark tank.