HomeWorld NewsImran's power lost due to these mistakes, know what happened in Parliament?
World News

Imran’s power lost due to these mistakes, know what happened in Parliament?

The political crisis that has been going on in Pakistan for the last 33 days is over now. After the decision of the Supreme Court, there was tremendous drama in the Pakistani Parliament on Saturday. Late night speaker, deputy speaker resigned. After this the new president voted on the no-confidence motion. Imran could not prove majority in this. Due to this the power of Pakistan came out of Imran’s hands. Opposition parties have said that they will not contest the bypolls. In the 2018 general election, Imran Khan’s Pakistan Tehreek-e-Insaf (PTI) won the maximum number of seats, 149. Shahbaz Sharif’s Pakistan Muslim League (PML-L) won 82 seats and Bilawal Bhutto’s PPP won 54 seats. The 342-member parliament has a majority of 172. After this Imran Khan formed the government with the help of some small parties and independent candidates.

Smaller parties withdrew support to Imran Khan after three years. Several PTI MPs also supported the opposition. Now that Imran Khan’s government has fallen, it is reasonable to ask what mistakes did Imran Khan commit that led to his downfall? What will happen next? let’s find out

First know what happened in Parliament.

According to the order of the Supreme Court, the proceedings of the Parliament of Pakistan began at 10.30 am on Saturday. First of all, Shahbaz Sharif spoke on behalf of the opposition. Demanded that action should be taken as per the order of the court. Sharif said there should be an immediate vote on the no-confidence motion.

Shah Mehmood Qureshi of the ruling party spoke in the House. Qureshi again referred to the international conspiracy. There was vigorous debate on this issue. The proceedings of the House were also adjourned several times. The Imran government, the speaker and the deputy speaker did not want the vote to take place. Eventually the opposition again took the support of the court. Then suddenly the speaker reached the parliament. Here he announced his resignation from Mike. The deputy speaker has also resigned.

After this the new speaker moved forward. Voting was held on the no-confidence motion and 174 votes were cast against Imran. Imran could not prove his majority. They also left the Prime Minister’s residence late in the night. The army also took to the streets to create law and order. 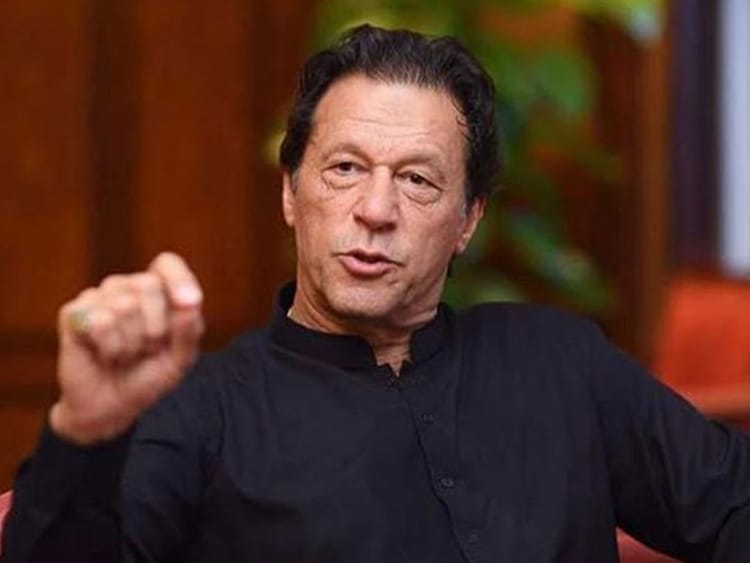 These are the five mistakes, due to which the government fell!

1. Deteriorating relations with the military
Even after winning the 2018 election, Imran Khan did not have an absolute majority. Then he got the support of the army and was successful in forming the government. Expert on Pakistan Affairs Prof. Arun Sharma says that whoever has a government, there is a roaming army. Initially, Imran got the support of the army, but for a while he also raised his voice against the army. Relations between Army Chief Bajwa and Imran Khan began to deteriorate. Eventually the army withdrew from the Imran government and the opposition got a chance.

2. started preaching religion instead of work
Instead of saving Pakistan, which is facing inflation, poverty and water crisis, Imran Khan started the politics of religion. He started projecting himself as the messiah of Islamic countries around the world. Imran used to talk about Islam, Islam and Islam in every speech. This further worsened the economy of Pakistan. The situation worsened and the opposition had another chance to overthrow the government.

3. China’s debt, playing with America
After coming to power, Imran Khan blindly believed in China. Took a lot of debt from China. started speaking out against America. So much so that America stopped helping. On the other hand, China also started pressurizing for debt. This completely ruined the economy of Pakistan.

4. Increased tax on Pakistanis facing inflation
With the formation of the government, Imran Khan increased the tax instead of reducing the inflation. Due to which the common people became more worried. Inflation increases further. The opposition made it an issue and brought together the parties supporting Imran. This left Imran Khan in the minority.