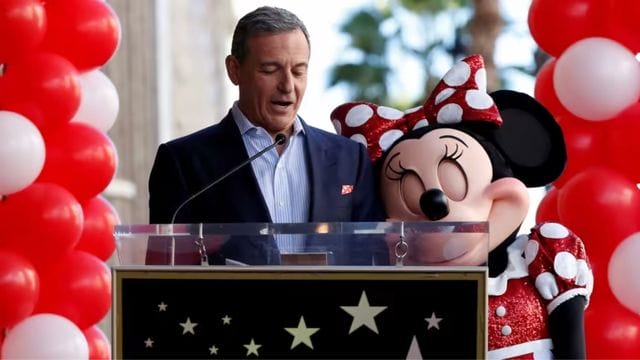 Walt Disney gave Bob Iger a $10 million deal to advise Bob Chapek last year, even though the two executives at the media company barely spoke to each other.

Iger, who ran Disney for 15 years, shocked Hollywood this week when he came back to the company as CEO after Chapek, the man he had chosen to take over, was fired in a revolt.

Iger’s reappointment ended an 11-month time when he was not working for Disney. During that time, he pursued other interests but stayed loosely connected to his old job through a “consulting services” agreement.

According to documents filed by Disney, Iger was given $2 million a year until the end of 2026 to give advice “on such matters as his successor as CEO may from time to time request.”

Disney said that the five-year consulting services deal would give the company “access to Mr. Iger’s unique skills, knowledge, and experience in the media and entertainment business.”

But by the time Iger left, he had a very bad relationship with Chapek, and Iger told his friends that he was upset that his successor did not ask for his advice when it was important.

One former Disney executive who is friends with Iger said that this included Disney’s botched response to a Florida law that limits what teachers can say about LGBT+ issues.

“Iger never forgave Chapek for how Chapek put himself in the background and took over the company,” they said. “Iger thought that in some ways he would still be the coach. Chapek didn’t want to.”

Disney wouldn’t say anything about the work Iger did after he left the company.

In Europe, it’s rare for former executives to get seven-figure consulting deals, but some US companies do use these kinds of deals. Disney also agreed to keep paying Iger’s security costs, which came to about $750,000 a year, even though he was no longer an employee.

Disney didn’t say if Iger had to give at least a certain amount of consulting advice for the $2 million, but the contract does have monthly and yearly “maximum time commitments” of unknown length.

Iger came back to Disney as CEO with a smaller pay package that included a $1 million base salary, a $1 million target bonus, and $25 million worth of stock awards. During his last five years as CEO, his average pay package was worth about $47 million.

Tom Gosling, an executive fellow at the London Business School who set up PwC’s executive pay practice, said, “In essence, he’s taken a 40% pay cut to come back.” “He must really like the job, the company, or see a lot of potential in the stock price. “Perhaps all three.”

In documents announcing the change in management, Disney said that Iger’s consulting work would stop while he was CEO but would start up again when he left the company.