The new generation Bajaj Pulsar N160 has been spotted testing for the first time. The all-new bike will be part of the new Pulsar range built on the Pulsar 250 platform. Many major changes are expected with the new 160N and this bike can be launched with an updated engine in addition to a new design. Apart from these bikes, Bajaj Auto is working on a whole new generation Pulsar range, which will be launched in the coming months. The new Pulsar N160 could replace the NS 160 in the company’s line-up.

Bike found near the product
The new Bajaj Pulsar N160 has been tested at Chakan near Pune where the company’s manufacturing plant is located. The new bike looks completely ready for production. In terms of body panels, headlamp cowl and tail section design, the parts here are similar to the Pulsar N250. The bike’s headlamps get a projector lens and LED DRLs, while the indicators have a bulb instead of an LED. The young customers are offered split seats, LED taillights and sporty riding posture. 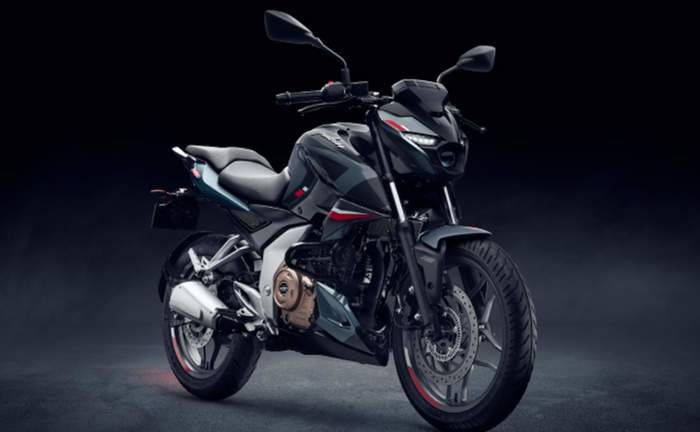 Expect an Updated Engine
The new Bajaj Pulsar N160 could be offered with the same frame as the Pulsar N250, except for the updated 160cc single-cylinder engine that produces 17bhp of power and 14.6Nm of peak torque. The engine of the new Pulsar will be slightly more powerful than the previous model. There is telescopic fork at the front and monoshock suspension at the rear. Apart from giving disc brakes on both the wheels, the company has equipped it with single-channel ABS.

With whom will the new bike compete?
The new Pulsar N160 gets 17-inch alloy wheels mated to MRF tyres. We estimate that the company will not increase the price of the new bike much and the new price will be the same as the old bike. The ex-showroom price of the current model in Delhi is Rs 1.22 lakh. According to spy photos, the new Bajaj Pulsar N160 can be launched in the second half of this year, ie it can be launched around Diwali. This bike is going to compete with bikes like TVS Apache RTR 160 4V, Yamaha FZ-S FI, Hero Xtreme 160R and Suzuki Gixxer.