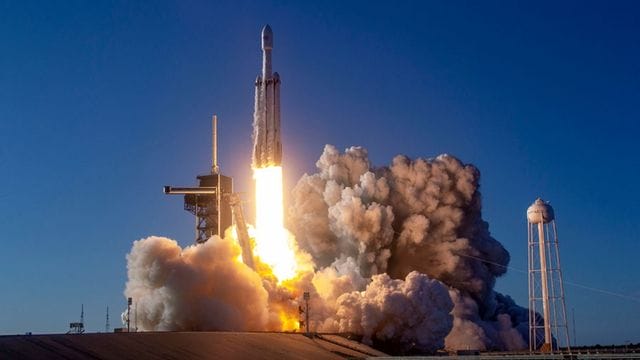 Keep an eye out for two SpaceX boosters descending for a dramatic side-by-side landing a few minutes after launch.

Tomorrow, November 1, SpaceX’s Falcon Heavy, the world’s most powerful operational rocket, is expected to launch into orbit for the first time in over three years. Two of the launch system’s three boosters will return to Earth a few minutes after the launch for a dramatic side-by-side landing.

USSF-44 will be the first Falcon Heavy launch since June 2019 — due to a series of payload delays exacerbated by the pandemic — and the rocket’s fourth launch overall. The rare launch is worth watching life, and thankfully, SpaceX will stream the event for everyone to see.

What will be launched into orbit by Falcon Heavy?

The Falcon Heavy launch, codenamed USSF 44, will carry a classified US Space Force payload into orbit. The mission will launch two satellites into geosynchronous orbit, where they will orbit at the same speed as Earth, allowing them to operate over a specific area.

The United States Space Force has revealed very little about the USSF 44 payloads. However, we do know that one of the satellites is a microsatellite called TETRA 1, which was built by Millennium Space Systems, a Boeing subsidiary.

When will the Falcon Heavy launch take place?

The Falcon Heavy launch by SpaceX is set for 9:40 a.m. EDT on Tuesday, November 1. The launch will take place from Pad 39A at Florida’s Kennedy Space Center. As with all rocket launches, this is subject to change depending on weather and a variety of other factors leading up to launch. 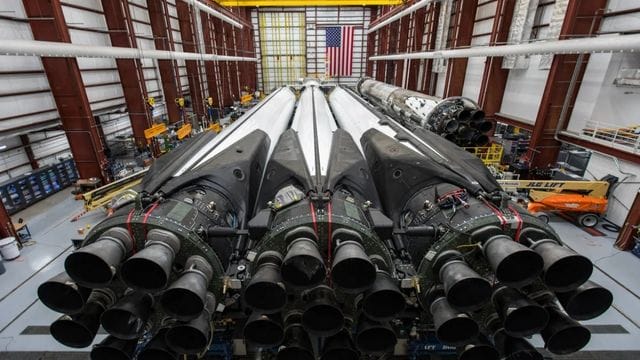 The launch isn’t the only thing to keep an eye on. Keep an eye out for two Falcon Heavy boosters performing side-by-side automated landings back at Cape Canaveral Space Force Station about 10 minutes after Falcon Heavy takes to the skies.

Where can I see the Falcon Heavy launch?

SpaceX will live stream the launch from its YouTube channel, and coverage will begin an hour or so before the launch. On the website, we will also provide live text coverage of the launch, with an embedded link to the video.

Falcon Heavy is made up of three Falcon 9 rockets strapped together, as well as a second stage connected to the central booster that places the mission payload in orbit. After launch, the central booster will fall into the ocean, while the two side boosters will come to a dramatic landing.

Last week, SpaceX posted an impressive image of Falcon Heavy’s 27 Merline engines in the hangar at Launch Complex 39A on Twitter.

Until Starship takes to the skies, Falcon Heavy is the world’s “most powerful operational rocket by a factor of two,” according to SpaceX. The three-booster system can propel nearly 64 metric tonnes (141,000 pounds) into orbit.