How ‘Enchanted’ Set a New Course for Disney Princesses? 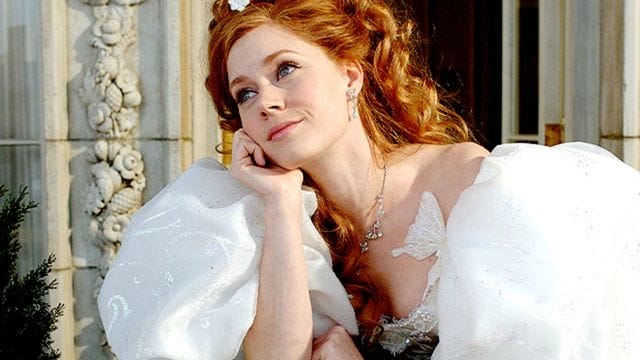 Disney sequels and remakes aren’t recognized for breaking new ground. There are noteworthy exceptions to this trend, such as Maleficent and Cinderella III: A Twist in Time, which take their source material and play with it, transforming it into something distinct.

However, more often than not, you will receive your new Pinocchios, 2019 Lion Kings, or The Little Mermaid 2s. It’s acceptable if you have a soft place for any of these films—perhaps they were influential in your upbringing or your connection with your own child but, let’s be honest, they aren’t groundbreaking.

When Disney decides to resurrect a previously existing IP, they normally play it as safely as possible. Sometimes they end up cleaning the story even more to avoid offending anyone’s sensitivities, such as removing alcoholic beverages from Pinocchio and Dumbo.

With this history, it is not without some trepidation on the part of fans that Disenchanted, the sequel to 2007’s Enchanted, arrives on Disney+ screens all around the world.

Enchanted is a beloved Disney film, despite not being part of the animated canon. Some fans even consider Giselle (Amy Adams) to be an honorary Disney princess. Once all, Enchanted is a beautiful fairy tale about a young woman whose life is hampered by enchantment after she finally finds her true love.

It’s the traditional princess recipe for which Disney became famous. This traditional recipe, however, appeared to have gone wrong around the time of Enchanted’s debut. It had been nearly a decade since the last Disney princess film had been shown in theatres, and that princess wasn’t even a princess, to begin with: Mulan became a princess only through the power of marketing.

Disney seems to have lost its touch after emerging from the ashes with The Little Mermaid in 1989. Its princess and princess-related movies did not fare well with reviewers or at the box office, with Hercules and Pocahontas earning mixed reviews and grossing less than predicted.

Moviegoers appeared to be growing tired of what the studio had to offer, and Disney was seeking for a fresh, more profitable, and less royal approach. Enchanted was released in this scenario. And, while the film isn’t often recognized as a watershed moment for the studio, it was responsible for reintroducing Disney princesses to the big screen and making them what they are today.

Enchanted, directed by Kevin Lima, depicts the story of Giselle, a lovely and naive peasant who is about to marry her true love, Prince Edward (James Marsden). After the wedding, the couple will be crowned king and queen of Andalasia.

There is, however, one major issue: Edward’s witchy stepmother, Queen Narissa (Susan Sarandon), will not relinquish her throne without a battle. Narissa sets Giselle up and banishes her from the magnificent and fully-animated world of Andalasia to the dreary, live-action reality of New York City with the help of her faithful servant, Nathaniel (Timothy Spall).

By the end of the movie, Giselle realizes that marrying a guy she’s only known for a day is probably not a good choice, and the bitter lawyer realizes that there is enchantment and wonder in love.

Due to the Sudden Weather, Is NFL Moved Browns-Bills Game to Detroit?

Having Strong Body Balance ‘Makes Life Worth Living,’ According to One Expert