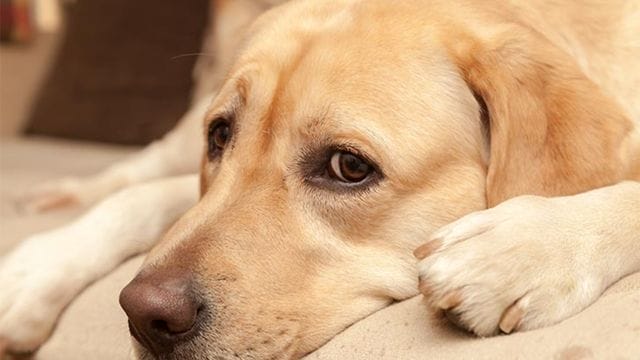 Your neighbor might not be the only one in D-FW experiencing the flu this season; vets say your dog could catch canine influenza, especially if you boarded them over the holidays.

Many pet shelters and clinics in North Texas reported outbreaks of dog flu last month, including Operation Kindness in Carrollton, which temporarily banned adoptions in November.

According to Lori Teller, a clinical associate professor at Texas A&M’s College of Veterinary Medicine and Biomedical Sciences, canine flu tends to spread in pockets and the virus can be very contagious on a local basis.

“It’s not particularly common throughout the United States, but when it does appear in an area, like the Dallas shelter or lately in Waco, it may infect a lot of dogs,” Teller said.

Teller also stated that dog flu is certainly on the rise as more people walk their dogs. During the early stages of the pandemic, most pets stayed at home and were less likely to contract influenza. Everything you need to know about canine flu, including what it looks like, how it spreads, and what to do if your dog becomes infected, is right here.

What is Canine Influenza?

According to Operation Kindness, a local no-kill animal shelter, canine influenza is a disease that destroys cells in a dog’s respiratory tract. Dog flu, like human flu, spreads through respiratory droplets, including sniffing and licking other dogs and objects. Infected dogs can spread the infection by barking, coughing, and sneezing.

“It spreads easily among dogs because they use their nose and mouth for practically everything,” Teller explained. The virus can also survive for up to 48 hours in the environment, including on surfaces and clothing.

However, unlike conventional influenza, which is more prevalent in the fall and winter months, dog flu is not a seasonal virus. Infections in dogs can happen at any time of year, and the majority of them happen in places where dogs congregate, such as dog parks, doggy daycare centers, and boarding kennels.

Furthermore, while all dogs are susceptible to the flu, younger and older canines are more prone to contract the sickness, according to Teller. Dogs with underlying health issues are also more susceptible to infection.

The infection is not fatal, but it can lead to more significant health consequences, according to Teller. Less than 10% of infected dogs develop pneumonia. Canine influenza can infect cats on occasion, but never humans. According to the CDC, no humans have been infected with canine influenza.

How Can You Protect Your Dog?

The canine flu vaccine, which is a two-shot series that requires an annual booster, is the best approach to protect your dog from the flu. Teller advises dog owners who frequently board their pets to get a vaccine from their veterinarian.

While humans cannot catch the flu from their dogs, the illness can be passed from dog to dog. Owners should maintain proper hygiene and change their clothes after interacting with a potentially ill dog to prevent transmission.