Here people bury themselves in the sand in the heat, crowds of impotent people gather here. 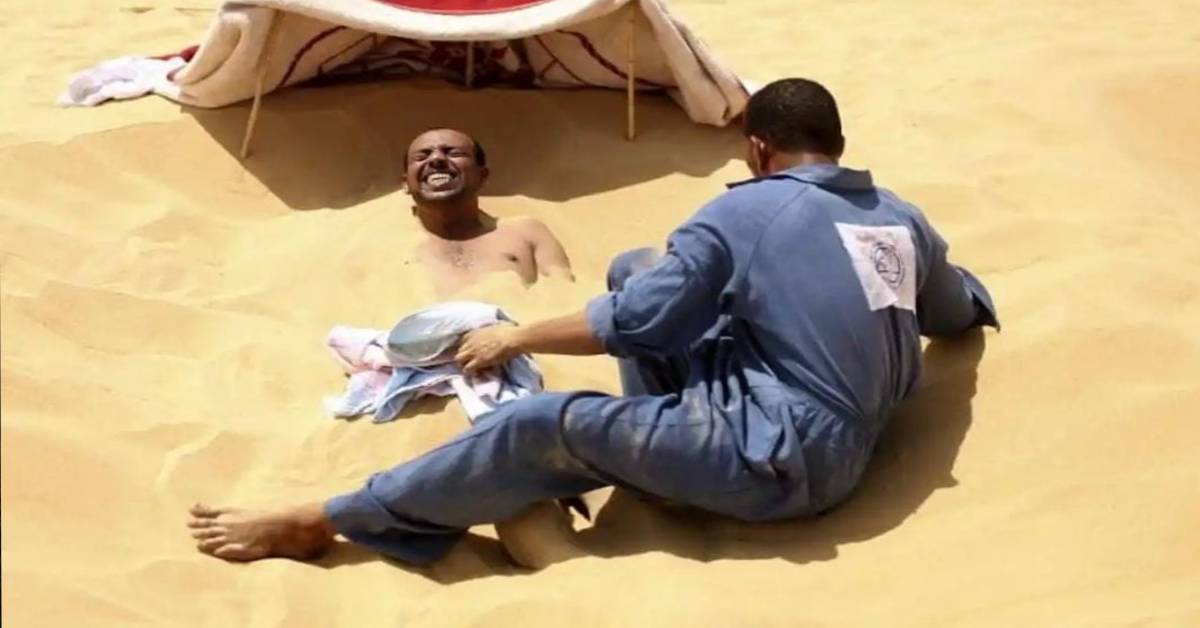 Many countries of the world are known for their special treatment methods. India has gained popularity due to Ayurveda. Along with Ayurveda, homeopaths and allopaths are popular among people. There are many countries where people are harassed in different ways in the name of treatment.

One of these methods is very popular in Egypt. Here people are buried in the sand of hot desert for ten to fifteen minutes in the name of cure for impotence. It is said that this method of treatment is very effective and always works.

Western Egyptians think that natural methods are suitable for the treatment of diseases. But when pictures of a man being buried up to his neck in hot sand in the name of treatment came to the fore, everyone was stunned. Here, when the heat is at its peak, people with rheumatism or impotence are buried up to their necks in the desert near the Dakaraur Mountains.

Before the treatment, the patient is kept in the shade, during which he is massaged by the health workers. After the massage, they are buried in the sand till the neck. Here they are left for ten to fifteen minutes. After this, they are taken out and kept in tents built in the desert.

The main mantra of treatment is heat: burying a person in burning sand is said to relieve pain in any part of his body. Apart from this, impotent people also get cured with this therapy.

After removing them from the sand, the tent in which they are kept is also very hot. If the person undergoing treatment feels that the tent is not too hot, then in that heat the patient is given hot decoction to drink. The main source of this treatment is heat. The people here believe that hot things remove the diseases of the body.

People come from far and wide: People from far and wide come here for treatment in the scorching heat. Rafat al-Fiqi, who lives in Alexandria, is a mathematics teacher by profession. He said that he has been taking a bath in the sand for the last few years. His doctor advised this treatment. Once done, he was greatly relieved.

Since then he has been coming to Egypt every year for this treatment. During treatment, people are buried in sand and rubbed with sand. During this, clothes are removed from the patient’s body. People are advised not to take a water bath for three days after the treatment. Only then can its best results be seen.

Apple iPhone users should be careful, even if the mobile is off, it can be hacked

You must have never heard about this form of dinosaur, which used to hunt by flying.