Here Are Five Facts About the International Space Station That You Should Know!!

At any given time, eight spaceships can be connected to the ISS, which can be reached in about four hours from Earth. 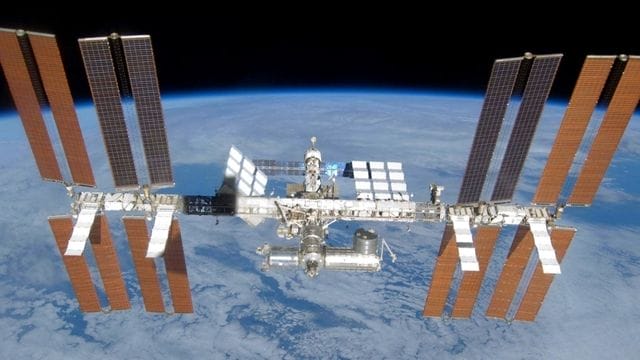 Three astronauts, two from Russia and one from the United States, are stuck on the International Space Station because a meteorite broke the spacecraft that was supposed to bring them back to Earth. Russia is working hard to get them back home.

Here are some important facts about the orbiting laboratory that was built to help with space exploration and get ready to send people to Mars. Russians and Americans have been working together on this project for 25 years.

The ISS is the biggest structure ever put into space by humans. It was launched in 1998 by the United States, Russia, Canada, Japan, and members of the European Space Agency (ESA). It is the size of a football field and weighs about as much as a fully loaded Boeing 747.

It cost about $100 billion to build, and the US paid for most of it. It goes around the Earth once every 90 minutes at an average height of 400 kilometers (250 miles).

Since November 2000, Russian and American-led crews have lived there full-time. They usually stay for about six months to do experiments in microgravity, or the lack of weight, that have practical uses on Earth and help prepare for future missions to Mars.

Mark Vande Hei, a NASA astronaut, has the record for the longest straight stay on the ISS, which is 355 days.

The International Space Station was never meant to last forever. NASA and the ESA both want to keep going at least until 2030. But the Russians said in July 2022, when the war in Ukraine was still going on, that they wanted to leave after 2024 to set up their own station. They didn’t make it official, though.

NASA has said that it wants to switch to commercial space stations, which means that the ISS could be taken out of service after 2030 and thrown into an uninhabited part of the Pacific Ocean.

The US and Russia each send half of the food that the ISS needs. This food is brought to the ISS by unmanned Russian and American supply ships, such as those from Elon Musk’s SpaceX, who owns Twitter. The station has a full crew of seven people, but there can be as many as 13 people on board when the crew changes.

At any given time, eight spaceships can be connected to the ISS, which can be reached in about four hours from Earth. The Soyuz has three seats, while the Dragon 2 from SpaceX has four. There are always two spacecraft docked at the ISS in case of an emergency. However, a meteorite hit one of these spacecraft.

On the ISS, no one has their own room, let alone a bed. Astronauts get into their sleeping bags, which are hung up vertically. The International Space Station has very little water. Some of it comes from Earth, and the rest is made from air and urine. Wastewater is cleaned up and reused to make food.

The ISS doesn’t have a shower or a dishwasher. Instead, astronauts use wipes and air flushes to get rid of solid waste, which is then packed into canisters and put on supply ships. When these ships return to Earth, the waste burns up in the atmosphere.

Astronauts living on the ISS have a lot to do. The day starts at 6 a.m. and ends at 10:30 p.m., after eight to ten hours of scientific experiments, two hours of physical activity to prevent muscle loss in microgravity, and three hours of housework, repairs, and free time.

At any given time, about 200 experiments are going on. Thomas Pesquet, a French astronaut, says the key is to stay busy. “If you don’t have anything to do, it’s kind of like a prison with a great view and some fun things to do, like float,” he says.

Simple Methods to Maintain Fitness Even with a Packed Schedule!