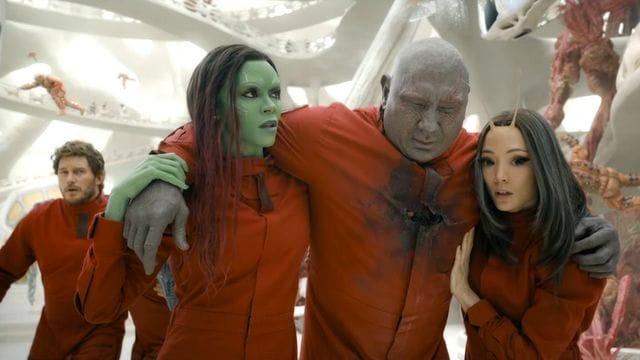 Guardians of the Galaxy Vol. 3 will be released in theatres on May 5, 2023. The trailer introduces a new villain, the High Evolutionary, who appears to be responsible for the creation of Rocket Raccoon, as well as the reappearance of the time-displaced Gamora.

Following a brief cameo in Thor: Love and Thunder, James Gunn’s GotG Volume 3 is the newest spacefaring adventure for the bickering misfits. It will be the second MCU Phase 5 film, after the February 17 release of Ant-Man and the Wasp: Quantumania.

Even though “Guardians of the Galaxy Vol. 2” was the last Guardians movie to be on its own, they have been in other Marvel movies since then. They just starred in Gunn’s “Guardians of the Galaxy Holiday Special” and made a short appearance in Taika Waititi’s “Thor: Love and Thunder.” They also played important roles in “Avengers: Infinity War” and “Avengers: Endgame,” which feature a lot of characters working together.

It will be Gunn’s final Marvel project for the foreseeable future, as he was appointed CEO of rival superhero studio DC in October.

The trailer ends with Groot, who is usually only able to say “I am Groot,” adding “We are Groot” to his vocabulary as he grows extra arms and fires lasers back-to-back with Star-Lord.

Chris Pratt will be back as Star-Lord, Dave Bautista will be Drax the Destroyer, Vin Diesel will be Groot, Karen Gillan will be Nebula, Pom Klementieff will be Mantis, Sean Gunn will be Kraglin, and Elizabeth Debicki will be Ayesha. Maria Balakova, who was in “Borat 2,” is also in the movie.

She plays Cosmo the Space Dog. Gunn is coming back to write and direct the third movie before he leaves the MCU to become co-CEO of DC Studios.

The Night Manager Trailer is Out , Starring Anil Kapoor, Aditya Roy Kapur and…

The Ant-man and the Wasp: Quantumania Trailer Shows That Jonathan Majors’s Kang…

Less Than Two Months Remain Till the Release of the New Ant-man and the Wasp:…

Story of Earth, Wind, Fire, and Water “Elemental” Trailer is Out! Watch…