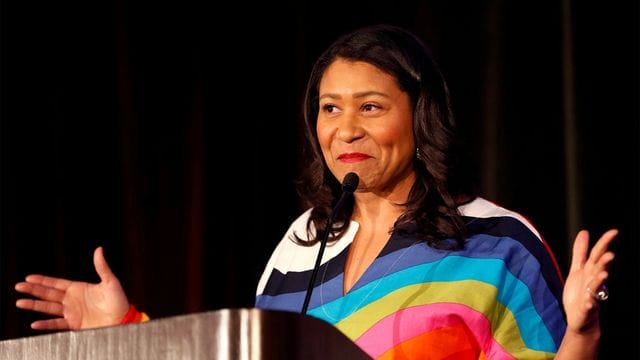 A new initiative in San Francisco will pay a monthly stipend to low-income transgender, nonbinary, and gender-diverse individuals for 18 months with no strings attached.

Mayor London Breed announced the introduction of the Guaranteed Income for Transgender People (GIFT) program on Wednesday, which will give $1,200 per month to 55 individuals over 18 months beginning in January 2023.

GIFT is one of a number of basic income initiatives in the city, including a trial program for artists who have been disproportionately affected by the COVID-19 pandemic.

The website for the program states that those interested in applying must be “transgender, nonbinary, gender non-conforming, or intersex” people who are at least 18 years old, have a monthly income of no more than $600 and live in either the city of San Francisco or the county of San Francisco.

Applicants must also have a photo ID and be able to provide proof of residency and income. If accepted, beneficiaries will be required to complete a survey every three months from January 2023 to June 2024.

“We know that our trans populations face significantly higher rates of poverty and prejudice, so this initiative will target help to bring folks in this community up,” said Breed, according to an ABC affiliate KGO-TV report.

“We will continue to expand initiatives like this to offer people in greatest need the financial resources and services they require to succeed.”

While $1,200 may not go far in a city with a median rent of nearly $3,000, it’s better than nothing and Breed is correct about identifying places of greatest need. The 2015 U.S. According to the Trans Survey, 29% of trans individuals live in poverty and are nearly twice as likely as their cisgender friends to be unemployed.

And, according to a growing body of research, giving money directly to those in need not only helps them in the near term but can have a ripple effect that benefits everyone in the community.

The breed has attempted to strike a balance between progressive and conservative measures during her tenure as mayor, often pleasing neither group. Breed introduced new “tough love” policies in December 2021 to combat crime and “tolerance” in San Francisco, including a state of emergency declaration for the Tenderloin district and an increased budget for city police.

According to a recent survey, police in California imprison Black trans women nearly twice as often as cis women.

This balancing act has also extended to transgender rights and campaigning. Breed revealed a plan in May to abolish trans homelessness in the city by 2027, making her city the first in the United States to accomplish it.

Breed has previously declared that she would not attend San Francisco Pride because organizers would not allow cops to march in uniform.

Applications for the GIFT program conclude on December 15, 2022, so apply now if you’re trans in San Francisco and need assistance this winter.