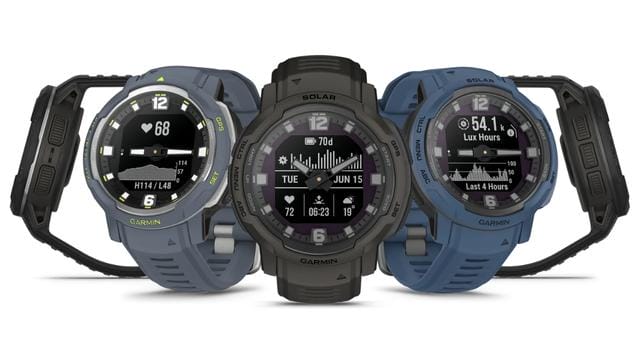 Garmin plans to make charging watches obsolete in a world where smartwatches must be charged at the end of the day or once a week. The company recently announced the Instinct Crossover, a new hybrid smartwatch with up to 70 days of battery life on a single charge.

It’s worth noting that only the solar-powered version of the watch can go more than two months without needing to be charged. Also, unlike traditional smartwatches, the Instinct Crossover is a hybrid watch, so some smart features, such as the lack of a color display, will be sacrificed.

The Instinct Crossover is a fitness watch that can display notifications from apps and comes with support for Garmin Pay. It was designed for individuals who want a rugged fitness watch. However, like other smartwatches, it includes all of the standard health tracking features such as heart rate variability, sleep tracking, VO2 Max, step count, and other vital parameters. Additionally, GPS and TracBack functionality are supported by it.

MIL-STD-810 certified, the watch is shock and thermal-resistant. It also has a water resistance of up to 10 ATM, which means you can swim with it to a depth of up to 100 meters.

The Instinct Crossover solar edition, according to Garmin, can last up to 70 days in smartwatch mode, with the power-saving mode offering nearly infinite battery life if charged three hours per day at 50,000 lux.

In terms of the non-solar edition, the company claims that the Instinct Crossover can last up to a month, which is comparable to its other offerings. Garmin also released a Tactical edition of the watch, which includes features such as night vision compatibility, dual GPS, a kill switch, and a stealth mode.

While Samsung and Apple are focusing on adding more functionality to their products, Garmin appears to be targeting individuals who desire a smartwatch that can go weeks without being charged.