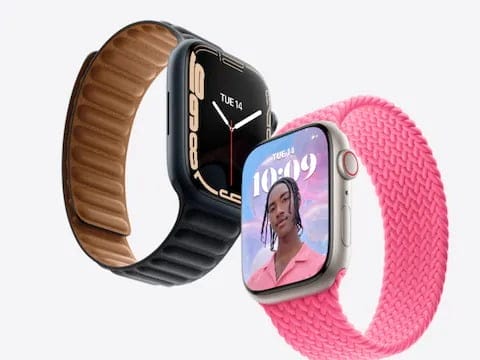 The Indian Computer Emergency Response Team (CERT-In) has found serious flaws in the operating system of the Apple Watch. These flaws could allow attackers to execute arbitrary code on a watch running this operating software or earlier version, and to bypass security restrictions on the target device.

Also read: You can earn from Facebook sitting at home! golden opportunity for music video maker

Government of India’s warning to Apple Watch users, flaws found in the operating system, do this work immediately

The Indian government has pointed out serious flaws and urged Apple Watch owners to update to the latest version of the operating software to address these security risks. Also, Apple has marked these shortcomings in red on its support website.

A CERT-in notification is the issued

CERT-In, in its notification, said the attacker’s target device is specifically designed to exploit system vulnerabilities. The agency said the bug was caused by a buffer overflow in the AppleAVD component. The nodal agency for cybersecurity also cited other possible causes of these flaws in the Apple Watch, including type confusion in the multi-touch component, multiple out-of-bounds writes in the GPU driver component, and memory corruption in the kernel. -Involves out-of-bounds reading.

Also read: These are the top 5 most expensive phones in the world, the price will blow your senses

Advice on updating to the latest and Strong security version

CERT-in has said in an advisory that users should update their Watch OS to the latest security version released by the company. Those running Apple Watch with OS prior to version 8.7 are at risk of cyber attack. According to CERT-In, the system flaw could allow attackers to use arbitrary codes and bypass Apple’s security restrictions on smartwatches.

Apple has confirmed these flaws by issuing an update advisory on its support page. Apple says that under the AppleAVD effect, remote hackers are stealing many details, making Apple Watch vulnerable to users. The updated note also states that by taking advantage of these loopholes, attackers can use arbitrary code and bypass security restrictions on Apple Watches running watchOS versions older than 8.7. According to the Apple Security Update website, the government has also issued an advisory for Apple Watch users in this regard.