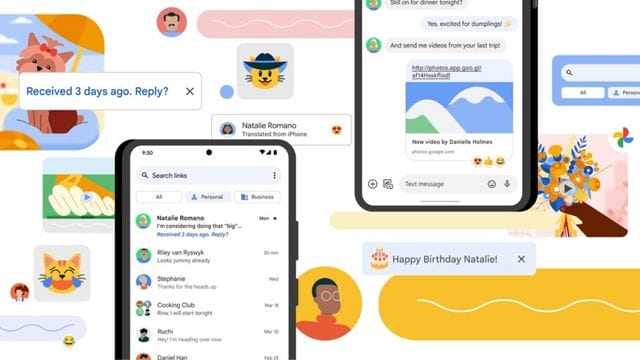 It’s no secret that SMS is an outdated standard; in fact, most of the last fifteen years of smartphone development have been focused on attempting to replace it. While much of the globe has evolved beyond basic text messages, relying on third-party programs such as WhatsApp or Signal, those of us in the United States are not so fortunate.

Google has spent the previous few years promoting RCS as a worthy substitute while also attempting to persuade a specific enterprise to adopt it. In celebration of SMS’s 30th anniversary, Android users are finally getting a long-awaited security feature.

Google said today that end-to-end encryption for group conversations has entered beta testing, ensuring that anybody engaged in the Play Store program will soon have a more secure experience. This announcement comes nearly seven months after Google revealed encrypted group conversations on stage at I/O, and weeks after users discovered glitched messages and strings of code indicating an impending rollout.

These encrypted chats function similarly to how RCS handles messages for one-on-one discussions, appearing in supported threads automatically. When it’s enabled on your device, a lock icon displays next to the send icon to notify you of the change. Users will be notified when the function becomes available on their device, which, according to social media, is occurring quickly.

Mishaal Rahman of Esper.io provided screenshots of E2EE rolling out to Messages users late Thursday. It appears to be a server-side rollout combined with beta version 20221129 of the app and the most recent version of Play Services, and for messages to be encrypted, the feature must be available to all group participants.

End-to-end encryption for group chats in Google Messages is rolling out for some users!

The timing is critical in this case. SMS celebrates its 30th birthday today, and Google’s blog post commemorating the history of communications also calls for the end of typical old-school SMS.

It’s all part of the company’s continuing “Get the Message” push, which urges Apple to implement RCS on iOS in order to enable advanced, encrypted texting between the two platforms. To no one’s surprise, Apple has been less than enthusiastic about implementing a global standard alongside iMessage.

Finally, as part of today’s announcement, Google revealed that extended emoji reactions will be available in Messages. As we first saw a few months ago, you’ll be able to select any emoji for text reactions with this feature.

With the introduction of encrypted group chats, Google Messages and its RCS capability feel a lot more feature complete. Of course, if you prefer to communicate with third-party services or simply dislike the user experience provided by Google, there are plenty more encrypted messaging systems to consider.

If you wish to try your luck without joining in the beta program, download the APK from APK Mirror or visit the Play Store below.